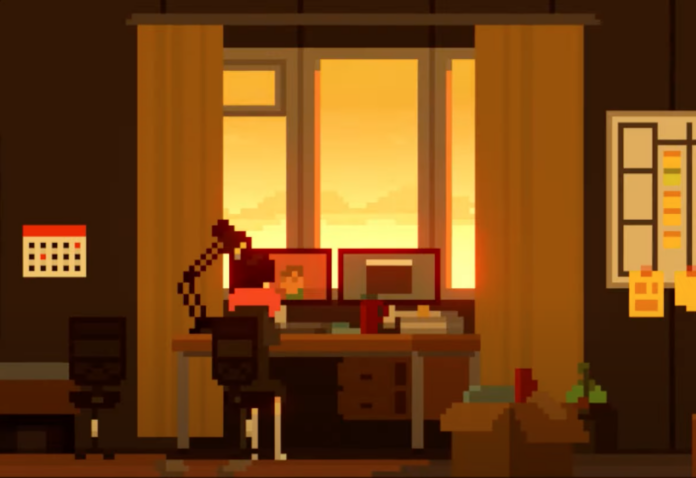 Creating games is hard work. We all know that. That’s why we at PreMortem.Games have such an admiration for developers that go through the whole development process alone. We are proud of the solo developer series we kept going throughout 2022 and we like to share some highlights.

Solo developers are a rare breed in the games industry. They are the ultimate generalists in a world that’s dominated by growing teams filled with highly specialized professionals. They take on every single design-, production-, marketing- and business challenge that comes their way and deal with it.

That takes a highly structured individual, right? Not necessarily. Take Tomas Sala, developer of The Falconeer and more recently Bulwark. His creative process can be somewhat chaotic: “I channel my distractions into new content for the game, which is also my motivation to keep going. A new fortress or monster a day keeps the stagnation away.”

Robert Kabwe tends to be more methodical: “Most of my ideas come to me during the day. I write most of them down and I have collected a large document full of ideas. When the time comes to work on a particular thing, I go through my document and organize it into a list I can actualize. Then it’s a case of just creating things one step at a time.” Be sure to check out his game Wilderless.

Many solo developers indicate that they love the creative freedom that comes with being solely responsible for a project. Pascal Bestebroer describes his workflow: “I usually have a certain idea, mechanic or ‘feeling’ I want to try out. Without creating a game-design document, I just dive in and start making that core idea and get it up and running as quickly as possible.”

Joe Winter, creator of Song of Iron agrees: “One of the big things is how much more fluidly I am able to work. Take the bear in Song of Iron as an example. At any major studio, adding a new character could take months, as it goes through the concept and design rounds and everyone weighs in. I just built a bear over a weekend and animated it. Done!”

Going solo can be a conscious choice, but sometimes it’s born out of necessity. Like for Jordy Lakiere: “I didn’t really have any other options! I had no budget to hire people and as a freelance concept art illustrator I didn’t have the contacts or knowledge to form a team.” He ended up working 7 years on his debut game We Who Are About To Die.

Gareth Ffoulkes can relate to that: “I’ve always made games solo growing up as there weren’t too many others interested in game development in my small city. So it was just the normal route for me.” He (also) worked 7 years on his game One Dreamer.

Sometimes going solo is the next step in your career. “It’s a really deliberate choice to go solo. I spent so many years doing open world games. I know a lot about how to make them and what goes into them. With stuff like Unreal Engine 5, it’s far more possible. Plus I know how to do it in an efficient way”, says Nate Purkeypile. After working at Bethesda for 14 years making games like Skyrim and Fallout he’s now making the open-world horror game The Axis Unseen.

So what are some of the harder parts of working alone? Brian Clarke describes it like this: “The advantage of the final product being a piece of yourself is also its largest disadvantage. You’re extremely close to it and personally invested to a point where if you are not able to take a step back and seriously assess what you are making, you could end up with a game that falls flat and leaves you, honestly, sort of heart broken.” Luckily his game The Mortuary Assistant is doing really well.

Motivation is another key factor: Some people have no trouble staying motivated, like Andrew Hume: “People always ask me about motivation, but I love almost every day of it. Games are what I am meant to do, and if I was born any other time, I would be doomed. My entire life has been focused on playing and then making video games. I started working on my first game 36 years ago now, on the Commodore 128.” Hume spent the last 5 years working on Clanfolk.

Others have a hard time to keep going. Neil Jones really struggled at times while creating Aerial Knight’s Never Yield: “Motivation is a really hard thing for me, I’ve had a lot of trouble staying motivated. I realized that sometimes sitting in front of your computer all day trying your best to work -but still not making any progress- still counts as work. The small things are what keep me going. Making a cool model or setting up the lighting just right.”

Walt Destler found his motivation through fans of his project Cosmoteer: “Self motivation is probably the hardest. I’m generally very motivated when working with other people, but as a solo dev I’ve had to find other ways to motivate myself. The community that has grown around Cosmoteer has been a huge help there.”

And finally we need to talk about what the pressure of being solely responsible for a project does to the developer’s mental health. Steve Gabry of Sally Face said: “It’s such a personal thing to create a game on your own. You’re putting so much of yourself into it and then releasing it to the world for judgment. I’m quite introverted but even for me sometimes working alone for too long can get to me. And depression can strike easily at any moment, even for things that are technically positive.”

“Yeah, making solo games is definitely a mental challenge”, says Paul Schnepf who just released The Block. “There are several things for me that make coping with it a little easier: I really try to take some time off every now and then (*much* harder than it sounds). Keeping the development cycle short (aka small scope) ensures that I have some actual off-time regularly. Also for me it’s really helpful to not be solo all the time but also work on games with other people.”

Lucas Pope, creator of Papers, Please and Return of the Obra Dinn has his own way of dealing with pressure: “I feel lucky to have a very supportive family that I can focus on when things are getting too stressful with work. That gives me the opportunity to step away from whatever is worrying me with my games to get a better perspective on what is and isn’t important.”

The Joy of Solo

In the end we can conclude that solo development isn’t for everyone. But if it is, you can relate to these quotes from our participating solo developers this year: