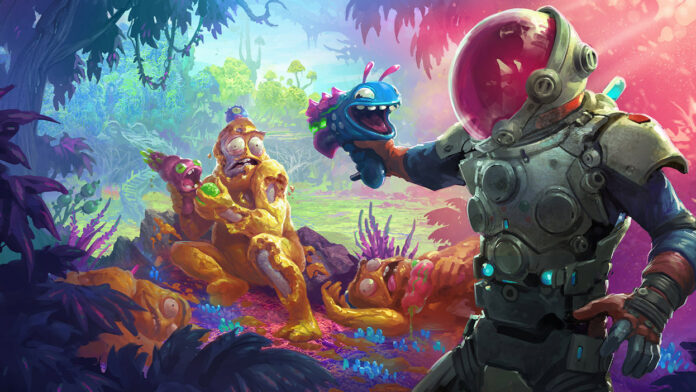 Creating games is hard. That’s a given. The magic of games happens at the meeting point between tech, arts, and business. Every piece of that mixture becomes more complex daily, and the quality bar and player expectations rise mercilessly. As an indie game developer who constantly lacks resources, you must be extremely smart about investing your time in new skills.

There is one essential skill that I have been trying to formulate for a long time, and I finally found it. It separates all the best devs whose pitches are hot from the rest of merely warm ones. If I were an imaginary developer visited by a game development fairy who would grant me one skill, I’d always opt for this one. So what is it?

Simple. It is knowing what will ‘wow’ your intended audience.

That ‘wow’ is what’s going to make you stand out from the rest of the games in the niche, it’s what will make your gifs and trailers get noticed or even go viral on social media, and what will land you a publishing deal or venture funding if required. Every week there’s yet another game that pops into the spotlight on Twitter / Reddit / TikTok, with devs explaining how they managed to get there, which language they used and what was their secret sauce. The thing is, at the core of all these successes is always the product that has that ‘wow’ in it.

While it sounds like marketing 101, I don’t believe enough developers are thinking about this and asking themselves a question: what will make my audience go nuts? Why is that? For one, if you’re new to making games, your first challenge is to deliver a game, any game at all. For new devs, there is so much to think about in their first game, so adding a proper marketing mindset to the mix is like asking someone to learn how to walk on a tightrope AND juggle simultaneously. Fun to watch, not very realistic to expect success.

Your first challenge is to deliver a game, any game at all

With more experienced devs, it can happen due to getting too close to your idea too fast and becoming blind to all its deficiencies. Another reason is that we sometimes try to build games with a ‘checklist’ mindset, adding all the ‘popular’ features without thinking about how they will mix and create something powerful.

There are many reasons why devs lose focus of what will wow their audience. The bottom line is, please don’t. If you’re working on a game and don’t understand what will excite your players or you don’t yet have proof that it is true, my advice is to stop and think again. Dropping the project mid-development is extremely hard, but you know what’s even worse? Dedicating a few years to a game only to realize that only a handful of people want to play it.

Now, let’s talk about the ‘your audience’ part.

For an incredible amount of genres and subgenres out there, there’s a matching vastness of things that are unique and exciting and will make the fans go wow, wishlist your game, and recommend their friends. The trick is knowing WHAT it is, in this particular niche. Will you wow a fan of turn-based combat by putting your game into yet another alien setting? Probably not. How about a city builder where citizens are beavers, and they need to control rivers? OK, that’s something.

Can you train this skill? You certainly can

When you equip this lens and look at the games market through it, you may better understand other things. For example, why is making a narrative-driven action/RPG with a team of 5 a bad idea? Because you’re probably not going to wow the players who just finished Horizon or God of War. Why is it not the best idea to make yet another platformer / metroidvania? Because it’s the first genre that every developer tries itself in, so you might have trouble surprising players in this space too.

Can you train this skill?

You certainly can. Here is my advice on how to cultivate the right mindset.