Lucas Pope: “Games are the perfect combination of everything I enjoy” 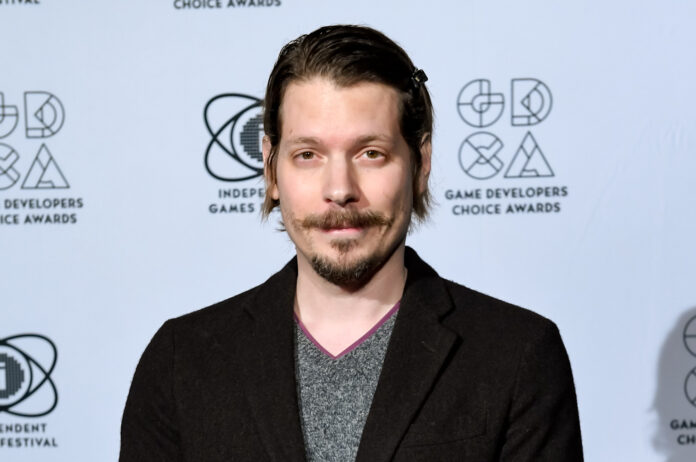 Before Lucas Pope went solo and won a loads of awards (among others Baftas, Game Developers Choice Awards and the Seumas McNally Grand Prize, twice), he worked at Naughty Dog for a while. Not, as you may suspect, as a game designer, but as a tool programmer. “I love making tools. And nobody likes tools”, he once said in an interview. “The fact that I’m interested in that means that I’m already different from most programmers in the game industry.”

And just how different he is, became apparent in his solo debut Papers, Please. Pope took the menial task of sorting and cross-referencing passports and visas and made it into a compelling experience. His next game Return of the Obra Dinn, again, had the player sort through large amounts of data to find the way to an outcome. Lucas Pope loves experimenting with games and being a solo dev means he gets to do just that: “I’m okay wasting my own time and energy with experimentation but would feel quite bad about inflicting that on someone else.”

“I started out pretty young, making small things as a hobby, and from the beginning felt comfortable working solo. I enjoy most of the bits – design, programming, art, music, sound, etc, and games are the perfect way to combine all those things. The ability to try new things and to experiment freely is probably what kept me hooked.”

“I can only speak for myself, but here’s two benefits I get from working solo:

1) The path from idea to realization is straightforward. I can flip back and forth between thinking and doing in a way that’s much more difficult when things need to be explained or justified to someone else.

2) I’m okay wasting my own time and energy with experimentation but would feel quite bad about inflicting that on someone else.”

“Probably the lack of objective feedback and fresh perspectives when things get tough. Also, although I enjoy learning new things on my own, there’s really no substitute for learning from others and that’s a lot harder to do when working alone.”

“Mostly brainstorming, waiting for stronger ideas to bother me to the point where I start prototyping. And then working with that prototype to mold the original idea into something enjoyable.”

“I try to develop my games as a series of constantly rolling smaller challenges. I love solving well-defined and well-confined problems so generally if I can keep those coming then I’m happy.”

“I have a few ideas that could really benefit from having help but there’s no solid plans for anything at the moment. We’ll see.”

Your game Papers, Please brought you financial and creative independence and a lot of fans. Do you now feel the freedom to create anything you want or do you feel the pressure of fans’ expectations?

“Both. The financial independence was enough to keep me focused on more experimental ideas. The expectations have been pretty high though, and that’s definitely made me more methodical than I probably should be.”

How hard is it to come up with a new game idea?

“Ideas are easy but good ideas that keep me awake at night are the ones I’m after. Those are harder and take more time.”

“I feel lucky to have a very supportive family that I can focus on when things are getting too stressful with work. That gives me the opportunity to step away from whatever is worrying me with my games to get a better perspective on what is and isn’t important.”