Solo dev Gareth Ffoulkes of One Dreamer: “Solo was just the normal route for me” 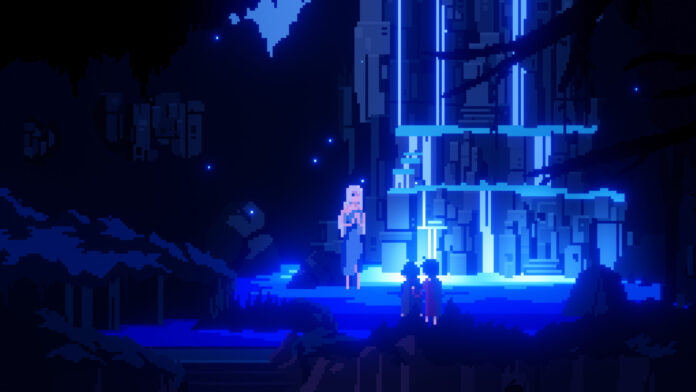 This is part of an ongoing series on solo game developers. Check out the others here.

When Gareth Ffoulkes set out to make his first video game, he never expected it would take him 7 years to complete. Those 7 years came to an end last week when One Dreamer released on PC to positive reviews.

In One Dreamer you play Frank, a veteran game designer who has a hard time finishing his game. By reprogramming the glitchy game world you rekindle Frank’s love for games. Quite a bold subject choice for his debut game. Ffoulkes never experienced feelings of burnout during his time in development though. “It’s very unlike me, but my motivation stayed the same throughout the 7 years.” Still, he wouldn’t mind working in a small team next time. “I think even just one extra other person would cut development time in half and make it a lot more fun.”

“I’ve always made games solo growing up as there weren’t too many others interested in game development in my small city. So it was just the normal route for me. To be honest, I think for most inexperienced game developers -like myself- it might be difficult to put a team together without any real funding or reputation to go off. I should mention my childhood friend composed the music for One Dreamer, so it wasn’t entirely solo!”

What are the biggest advantages of working alone?

“Having creative freedom and being able to make sure everything is exactly how you want it to be.”

“Having creative freedom and being responsible for everything. There really are many vastly different aspects of game development. Most forget that the business-, social media and marketing side of things are also a critical part of making a game. All these things occupy space in your head. Jumping from programming to something creative really does feel like your brain is doing a flip. Also, not being able bounce ideas or get feedback for something straight away can lead to a lot of wasted time down the line.”

“At the beginning, I just did whatever I thought was neat without getting feedback or in-depth planning. Rookie mistake! I soon realized the hard way this led to hours of wasted time, feature creep and badly planned content that had to be removed in the future.”

Many ‘amazing’ ideas were not so amazing after a couple sleeps

“Now, I’d come up with ideas and put them on a backlog and make sure to never start implementing them until at least a week has passed. You’d be surprised how many ‘amazing’ ideas were not so amazing after a couple sleeps! If it’s possible I’d also pitch them on discord or to anyone who would listen to get feedback.”

“It sounds very strange to say -and definitely isn’t normal for me- but my motivation levels stayed the same throughout the 7 years. While this sounds great, it led to me not taking any breaks which in hindsight is terrible and had a negative impact on the game as I never got to come back and see things ‘fresh’.”

This is your debut game. Will you ever work in a team or is it only solo for you?

“While solo has its perks, I will more than likely work in a small team in the future. I think even just one other person would cut development time in half and make it a lot more fun.”

In your game One Dreamer the protagonist has to rediscover his love of games while struggling to get his game done. Did that happen to you as well?

“It is a very personal game, but not really in that regard. The ending however was changed midway through development as my own views changed, but that might be a spoiler!”

“For sure, while I didn’t have it as bad as others, the pressure of such a long project will always affect your mental health 100%. Write everything down, figure out a plan. Things you can deal with, deal with. Things you can’t, understand you can’t and try to avoid thinking about them. Another thing I’d recommend to anyone working at home is to try and spend even 20 minutes outside a day. For me, even a short walk in the afternoon worked wonders in keeping stress down.”