HomeCheck out the new wave of talented developers from Chile
Featured 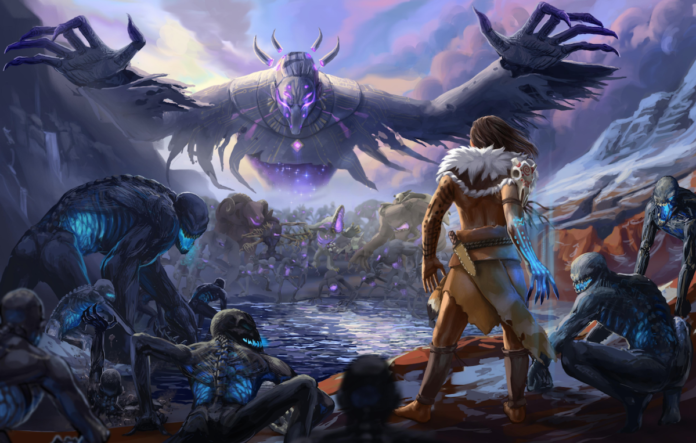 Disclosure: This article has been written as a part of a paid cooperation with ProChile and VG Chile. Top image Zombie or Meat: Nauj’s Revenge by Mescla Games.

Chile has been steadily building its international reputation as a trustworthy partner in game development for over a decade. Starting in their biggest market – the US, Chilean developers are now ready for the world.

When the Game Developers Conference (GDC) opens its doors again in 2022 for the first time since the Corona outbreak, a large delegation of Chilean game developers will be on site to present themselves to their fellow developers, interested publishers and eager investors. It marks the tenth year in succession since 2012 when Chile became the first Latin American country to exhibit at the GDC.

The first video game projects created in Chile began to appear in the late 1990s, but there was hardly an organized industry. In 2010 five local game companies joined forces to create the Chilean Association of Video Game Development – VG Chile, that would support the growing industry and help it expand beyond the borders of the country and even the continent. VG Chile has been growing steadily over the years and today represents more than 40 game companies.

And the strategy paid off, international markets make up an increasing share of the revenue streams. Chile is still its own biggest market, closely followed by the US. With an expected doubling of the number of studios working on console games next year, North America will likely become the biggest market in the near future. In 2020- and 2021 ProChile and VG Chile partnered again to create virtual ‘Chile Connected’ encounters with North American game publishers. Next year they will return to San Francisco to celebrate 10 years of exhibition at the GDC.

“By sharing the tremendous creativity, distinct perspectives, and world-class game quality of Chilean developers with the US market, our industries and cultures are drawn closer together. The United States remains a priority in Chile’s ongoing efforts to build global games for global audiences,” says Matthew Kolkin, Trade Manager at ProChile Los Angeles.

According to the most recent report by VG Chile, the national games industry has grown exponentially in recent years and now consists of more than 60 companies. The Chilean Market had a total income of $4.88 million and 40 commercial agreements were signed with foreign companies adding an additional $2.4 million. Of the 379 professionals working in the industry in 2019 20% were women. An increase of over 14% from the previous year.

With the rapid rise of internet penetration and Esport engagement in Chile, the country has quickly transformed into a world-class gaming hub in Latin America. In August 2021, Chile saw the first 5G gaming demo event in Latin America, signaling the arrival of the 5G network.

Examples of successful games from Chile are easy to find. Behavior Interactive Chile developed the popular mobile game Fallout Shelter for Bethesda and Gamaga produced several hits like Banana Kong and Operate Now Hospital. Also IguanaBee’s co-development on G.I. Joe: Operation Blackout for GameMill Entertainment and the release of The Eternal Cylinder by ACE Team with financial support from the Epic Megagrant. There’s artistic recognition as well with a nomination for Playmestudios’ The Signifier at the Los Angeles festival Indiecade International and a win for 4HA Games’ Bruma in the Best Quality Art category at the Game Connection America 2019 Development Awards.

So make sure you check out these game studios from Chile:

If you are interested in any of these studios please get in touch with ProChile.

Isometric F2P Merge Game, where the player has to heal the Enchanted Forest.

2D survival platformer that combines strategy and tactical combat with a non-linear story.

Action puzzle platformer for PC about saving the world from sinister enemies.

Top down roguelike fantasy about a healer of a group of female warriors out for revenge.

Top down real time stealth strategy about an alien coming to earth and losing her ship.

Narrative racing game through paradisiacal landscapes to the rhythm of urban music.

Transmedia storytelling with a 6 chapter video series, a feature film and video game.

Solve different puzzles with desserts, cakes and candies to reach and rescue your love.

A story-driven, 2D adventure and dramatic comedy about shifting dimensions.

Play as Bullet, a C³ class (Cute Cyber Corgi) robot dog in his quest to save his owner.

Survivor Kerhen is mankind’s only hope against the vengeful god Nauj.

Help Marenko find his way back home in this steampunk time adventure.

There are many mysteries surrounding ancient ruins and it’s up to you to solve them.

Explore the always green forest by running, jumping and eating in this endless runner.

Cute platformer for mobile that lets you play as a dog looking for his way home.

A Steampunk puzzle-adventure where a watchmaker has to repair his tower and fix time.

Cute puzzle game that lets you arrange cats on a bed so everyone can get some sleep.

Explore constellations in a beautiful yet challenging F2P brick-breaker game for mobile.

Discover and collect the magical Cutelings in this F2P merge and crafting mobile game.

Turn-based RPG about running a band of air pirates in a world of beauty and danger.

A casual action and survival game, set in medieval times, about protecting goblins against humans.

In a post Ragnarok Norse world players have to evolve genetically to adapt to different environments.

Cat collection game where you have to take care of cat sanctuaries and lots of cats.

Excercise app that helps you improve, avoid injuries and give you feedback in real time.