HomeOpinion: Game designer, What are you teaching?
Featured 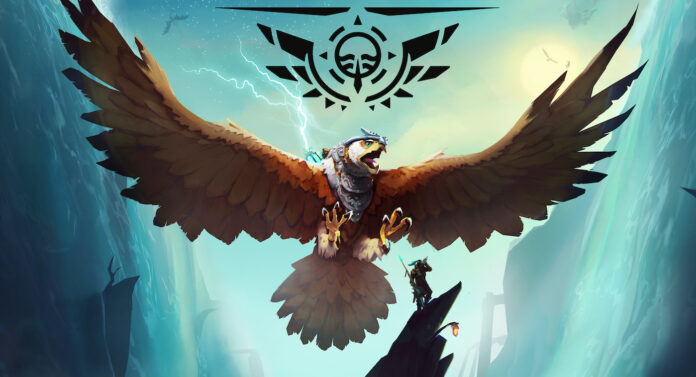 I’ve been throwing this phrase around in frustration during conversations about game narratives, violence and such recent topics as the Metaverse and Blockchain gaming. Because it’s a rallying cry for game developers, designers, storytellers and publishers to start dealing with the influence our medium and platform has on society. An influence that’s arguably going to be even greater than it already is.

I believe very strongly that modern games and specifically video games are shaping the minds just as much as any medium has done before, possibly more. Books,music, arts and so on are powerful forces that reflect us and shape us, but games to large parts of our industry seem magically excluded from that. Regardless of our opinions, games are a powerful force simply shaping our society through the massive audiences that play them. The inbuilt capacity of games to ‘teach’ their audiences make them an unique medium.

Playing is about learning

So let me break down here why I use the word teaching specifically in this context. Before I created the Falconeer I worked for nearly two decades as a creator of serious games for education and healthcare. We made games for visually impaired children, games that taught science in schools and trained surgeons in hospitals. And all this has left me with a deep appreciation for the following:

Playing is about learning. Bluntly put; games are about progressing and getting better at figuring out how the game works. And whenever you succeed in defeating a boss or solving a puzzle you get a little buzz of reward. Now years ago there was a hype that this was the dopamine buzz you got from getting the actual reward. Which frankly is idiotic, you don’t get a buzz from receiving a sticker or some badge, you get a buzz from improving yourself. Something your brain is 100% designed to do. And playing is how we learned as kids -and how we still learn as adults if we let ourselves-, and we are hardwired to enjoy it.

Playing is a way of learning that works best when you are free to explore and experiment at your leisure. Once you are forced to do X according to step Y it becomes the grind. Something every gamer instinctively understands, but for reasons best discussed elsewhere many creators of educational games often miss, and also why it’s so hard to harness as a learning tool.

One hell of a drug

But that does mean that whatever we experience during play is getting presented while our minds are at ‘max learning mode’ while we experience sensations of personal growth.
This isn’t an activity that is about escapism, it is about escaping into a mode that makes us feel good because we are improving our skills and minds. Which is one hell of a drug, and one hell of an influence.

And just like our social media, games allow us to present better visions of ourselves, rather than the frail versions we are in reality. In games we get to become these versions, we get to play that role while getting filled with neurological ‘learning’ triggers and rewards for doing so.

One example of a ‘lesson’ or moral backbone we keep returning to in games is that of the hero role in games. Be a hero, get better and keep improving. It’s a core definition of modern games in which you take on the mantle of a character and it feels like a pretty safe, inspirational good vs bad. Such narratives are the bedrock of game storytelling. But the path we provide for players is actually a dark version of the Hero’s Journey. The progression requirement actually strips the formative elements and keeps only the goal based progression. After all it’s very hard to learn about failure, responsibility, trust and community when there’s always another level to gain, a cretin to smash or a lootcrate to crack. Arguably even in the games with the most stellar writing, the gamer still wins because the player was challenged and overcame it on their level, through their skill.  Games are filled with narrative and moral charge, and players repeat them for thousands of times over many thousands of hours. It is important we start asking ourselves, what kind of influence is this having; at the very least on gamer culture, if not on the players themselves.

It certainly worth contemplating further; is that perverted hero manifesting in some of the troubles we are experiencing in our society? We seem unable to take a step back and put our trust in others, perhaps it’s only a tiny bit harder when you’ve been training to be a hero for so long?

And the narrative bedding for games is just one example; the economies in games are based on simplified eternal progression models,and skewed from reality. This makes sense for the hero that always needs his next fix of ‘better’, or town that always needs to grow. But perhaps all these collection and upgrade economic principles are more influential on the economic perception of this generation, than we think. After all this is the number One economic interaction for a vast part of the gamer generation. Grinding for credits might be their single biggest ‘economic activity’ ever, if expressed in hours experienced. And you just need to look around to see and hear countless examples of gaming economics reflected in the lively debates on NFTs, Crypto and the ‘gold standard’ to name a thing.

Are these influences wandering into our society? Or perhaps just reflections of ourselves in games? It’s hard to discern which is which, this is about culture as well, and does art imitate life? or life imitate art? Certainly games aren’t the sole progenitors of our problems, but the interaction seems undeniably a two way street and awareness of this needs to be important.

And this isn’t about creating morally upstanding games, that would be terribly boring, nor is it about eighties kids cartoon moral lessons to games. This is about the specific nature of what we create and how it warps, reflects and bends whatever goes in and more importantly what comes out.

I hope we can be more aware as an industry that this fantasy world we create and all that we make the player do and experience doesn’t stop when we turn off the game. But that it lives on in the mind of our players and our society. It can be great and it can be bad but we have to realise that it’s definitely shaping our audience.

Perhaps we’ve been so busy convincing the world gaming is a worthwhile activity and not just for kids, that we forgot about the actual Hero’s Journey. That after stepping out of childhood we need to take on adult responsibilities. Something I feel we can do by simply asking ourselves; what are we teaching?

Tomas Salahttps://www.thefalconeer.com/
Tomas Sala is a BAFTA nominated Artist, Creator of The Falconeer, abolisher of textures and very passionate about games as Art.
RELATED ARTICLES
Featured