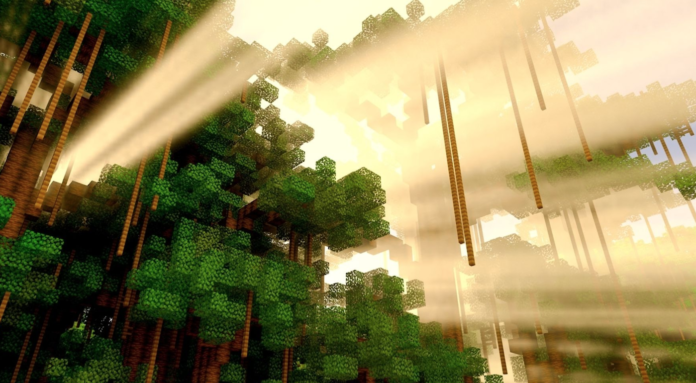 Another green initiative saw the light yesterday when George Broxtermann, together with Miniclip co-founder Rob Small, announced the start of GameForest.Club at the WN North America Online.

The goal of the initiative is to reduce the carbon footprint of the games industry by growing the ‘GamesForest’. This involves funding international projects that reforest, protect, or replant trees. There are numerous project partnerships in countries like Germany, Spain and Colombia where the first trees have already been planted.

Gamification is also part of the process. A polygon forest grows on the GamesForest.Club website, visualising the progress of the projects. Visitors to the website can fly over the digital GamesForest in a hot air balloon and learn about each individual project in detail. GamesForest is the brainchild of Maria Wagner (impact with joy) and Georg Broxtermann (Gameinfluencer). The pair hopes that more game companies will join their green initiative. A dozen industry companies are involved, including Miniclip, Landfall Games, Keen Games and Paladin Studios.

It’s not the first time game companies join forces in the fight against climate change. During the UN Climate Action Summit of 2019 in New York City, the Playing for the Planet initiative was launched. Initially 20 companies (including Sony Computer Entertainment, Microsoft and Google) have pledged to actively use their platforms to inform and take action in the fight against climate change

The members of the Alliance (over 40 companies now) have the ability to reach more than 1 billion players. In joining the Alliance, members have made commitments ranging from integrating green activations in games, reducing their emissions and supporting the global environmental agenda through initiatives ranging from planting millions of trees to reducing plastic in their products.

So what are the environmental problems that gaming generates? The consumption of electricity and the contribution of e-waste all add to the industry’s carbon footprint.

It’s hard to estimate how much electricity gamers consume exactly since it depends on many factors like how much time is spent playing games, what platforms are used and how energy efficient these devices are. In 2018 researchers at Lawrence Berkeley National Laboratory carried out a research study on the energy consumption of video games in California. Based on that research Medium.com arrived at an amount of 104.7 TWh per year consumed by video game play worldwide in 2019.

Another study by Lancaster University in England estimated that if gamers moved to streaming by 2030, carbon emissions could increase by 30%. And that’s before taking into account streaming in higher resolutions, such as 4k.

And when game consoles stop working they end up on the world’s garbage dumps as e-waste. Of the 4.7 million ton of e-waste including IT products like personal computers and mobile phones, about 9% consists of discarded game consoles, according to the UN’s Global E-waste Monitor.

But video games can also be used as a tool for public engagement. According to a recent report from the global entertainment and research charity OKRE, organisations wishing to have an impact on climate change should embrace the opportunities presented by working with the videogame culture.

However rather than focusing on developing a single game with climate themes, the report, Playing With Videogame Culture, identifies seven broader strategic opportunities for public engagement with climate science through video games. You can check ‘m out here.

“The games industry is now probably the biggest entertainment medium of our time,” explains Sam Barratt, Chief of Youth, Education and Advocacy at the UN Environment Programme, noting the potential of the industry to reach one in three people on the planet. “Their reach and engagement powers are unprecedented. If supported in the right way, the sector can be a major partner in shifting the environmental debate.”