HomeMost wantedHooded Horse founder Tim Bender: Game business is too much in favor...
Most wanted 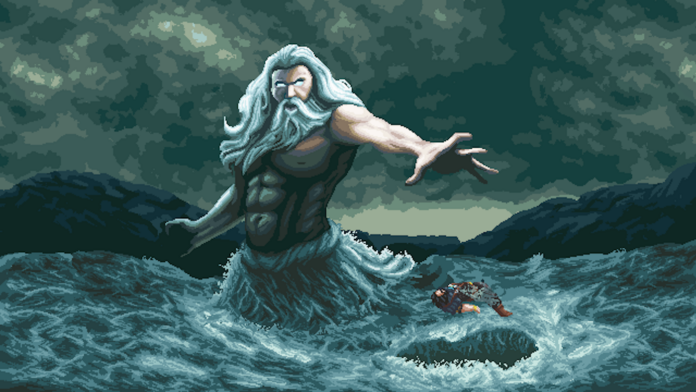 Hooded Horse is an indie game publisher that only started in late 2020 but has already made quite a name for itself. With the focus squarely on strategy, simulation and role playing games the Dallas, Texas based publisher has an extensive portfolio. Three of their upcoming games are in the top 50 most wishlisted games on Steam right now, with several more rapidly climbing the ranks. So what’s the secret sauce of Hooded Horse? Founder and CEO Tim Bender: “We’re just very lucky to work with amazing developers.”

Bender and a team of 10 to 20 like minded people run the day to day business of Hooded Horse. They offer a full range of services depending on what a specific game and developer needs. “Some projects don’t need funding at all. They come to us for marketing and localization. Others need substantial financial support for development.”

Whenever Bender strikes a deal with a developer he wants to pursue a collaborative and fair partnership in both contract terms and working relationship. “we’re avoiding things like the kind of 100% recoup terms prevalent in indie publishing”, he says. “I think they are fundamentally destructive to every relationship involved. I think in indie publishing, things remain weighted generally too far in favor of publishers.”

“Recoup terms don’t make sense as a basic matter of contract efficiency. A well-structured contract is one where the risk is assigned to the party best able to spread and absorb the risk. Developers often have one big project, so the risk of over or under-performance is critical to them. Publishers have an entire portfolio of games. Some underperform, some overperform, things can average out across a diversified portfolio of games. It’s clear which side can better absorb the risk.”

According to Bender unfavorable recoup terms further push the incentives of the publisher towards an ultimately destructive, opportunistic dynamic that he says is far too common in indie publishing: “Some publishers sign many games anticipating most to fail. Relying on recoup to mitigate their losses on those while making their money on the few successes. Those are also the games that get the lion’s share of the publisher’s marketing efforts, while the less successful titles are largely left to their own devices.”

“Honestly, as a publisher I’d rather more slowly recover my costs if it means the developer has both the incentive and cashflow to keep their staff working on supporting the game. That leads to consumers being happy with the game, leading to more long-term sales.”

Over 15 developers have already put their trust in the new publishing outfit and more are on the way. They all share a specific DNA that is firmly rooted in strategy, simulation and role playing games. “These are the genres I personally love, and therefore the genres I understand”, Bender says.  “We always check whether the game offers something unique for players to love. We publish titles that range in how niche to mass market they are, but the fundamental similarity is that there is something about each game that cannot be experienced elsewhere.”

Tim Bender doesn’t have a professional background in games. He worked as a lawyer and a business management consultant, and he kept returning to grad school for different subjects. But his love for games turned into a bit of an obsession when he started working on a mod for the Mount and Blade Warband dlc Viking Conquest. “That was the path to madness of course, and I kept modding ‘a few more things’ for 13 major versions.”

“At some point a friend suggested that if I enjoyed modding so much, maybe I’d like to found a company in games. I saw an email newsletter about Terra Invicta – from Pavonis Interactive, the creator of the Long War mods for XCOM. That became the first game we signed a publishing deal with. so modding is basically at the beginning of everything for us in multiple ways”

When asked about the future of indie publishing, Bender has a surprising answer: “I do think that self-publishing is more viable than ever for indie developers now. The best thing for the future of indie publishing will be developers with more bargaining power. More studios willing to self-publish and confident of their ability to do so. That leads to more balanced relationships when a developer does choose to partner with a publisher.”

Listen to Tim Bender talk about how to successfully negotiate terms with a publisher.