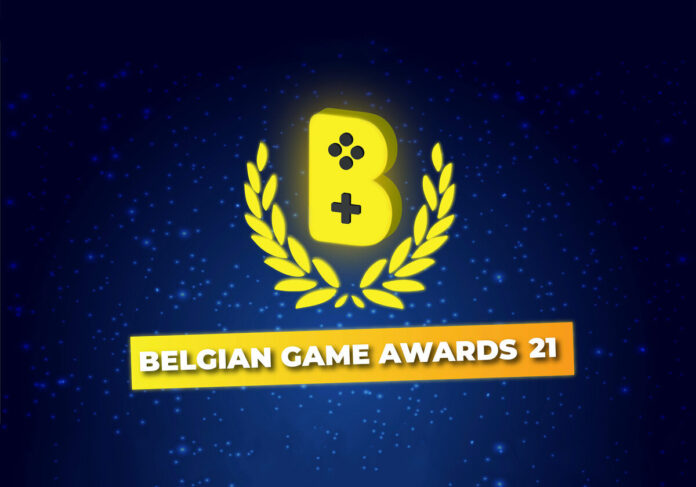 Last friday the Belgian Game Awards were presented on a virtual island specifically built for the occasion. The show was recorded live and all the nominees and winners were watching and reacting from remote locations. After months of carefully planning and producing, the whole thing went smoothly and was over in an hour and a half. How exactly did this year’s Belgian Game Awards come about?

When it was time to start planning the fourth annual award ceremony of the Belgian Game Awards it was still uncertain if a large gathering of people was possible or even allowed under the ever changing corona regulations. And to make sure the event wouldn’t turn out to be one of those sad Zoom meetings that everyone has grown tired of in the last couple of months, a big decision was made. The Belgian Game Awards were going digital but in a way that would have everybody talking about it.

David Verbruggen, general manager of the Flemish Games Association (Flega), is one of the driving forces behind the Belgian Game Awards. He looks back at the project as a major group effort: “On the day of the show when all different elements had to come together there was a crew of around 30 people that worked long hours to make everything happen. But that was an accumulation of all the hard work that went in before that. We had been preparing for months with so many people from different companies and organisations, and in the end we were very happy with the result.”

This year’s edition marks the first time that the awards were getting proper support from broadcasting companies in both Flanders (the Dutch speaking part of Belgium) via the VRT and Wallonia (French speaking part) through RTBF. Simon Gryspeert of Flanders DC (non-profit organisation for support of creative industries) coordinated the effort of all the participating parties: “The VRT very much took the lead in the visual aesthetic of the show and came up with the idea of the island. They took the virtual greenkey studio as a starting point for the design of the 3D world where the presenters would host the show.”

“We had a great working relationship from the start and many crazy ideas were pitched”, says Gryspeert. Ideas like talking frogs or virtual game characters working as presenters with the help of deep fake technology eventually didn’t make the cut. What did were many symbols that are linked to Belgian creativity. Grypeert: “That’s why you can see famous icons like Manneken Pis, the Atomium, Magritte’s bowler hat and chocolate.”

But the award show alone was not enough. The Belgian Game Awards also serve as that one specific moment in the year where everyone comes together and celebrates the fact that there actually is something like a national games industry. In other words it needed a meeting place.

Everyone at the meetings agreed that if there was going to be an online gathering it had to be in the same theme as the tv show. Building a 3D world to match the show’s visuals was for many reasons not feasible so they decided on a 2D version of the island. Web development company Statik from the city of Leuven took on the challenge to build an online meeting place. They used the Gather.town application and styled it as a 16 bit top down RPG map. Participants could design their own avatar and start wandering around the island. When in close proximity to another character a tiny screen pops open, revealing the real life participant on the other side through the webcam and you just start chatting. It worked like a charm.

And so when friday 1 October came along, months of hard work by lots of people resulted in the most ambitious project the Belgian games industry had ever done in a joint cooperation. The show was streamed on Twich and the online channels of VRT and RTBF. Several national radio stations had participated by presenting the student award and audience award live on air.

As proud David Verbruggen is of the special event, he has a clear view of the future of the Belgian Game Awards: “Next year I want to return to an event where everyone physically comes together. But I also want the event to be broadcast live so everyone can watch and chat along. The partnership with the broadcast companies is an important step and I hope it will be shown on TV and not just the online channels. Belgian games are still relatively unknown with the Belgian population. And that has to change!”

You can check here for the winners of this year’s edition.