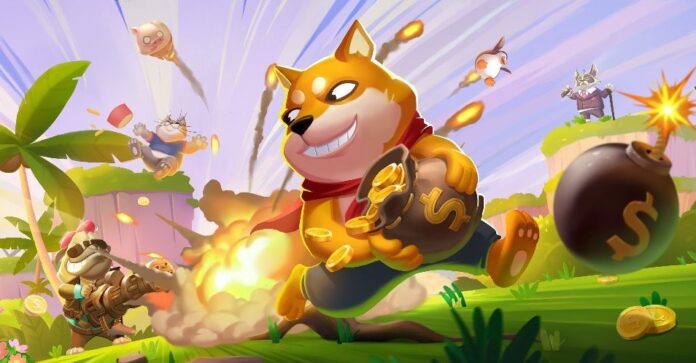 Early successes like Axie Infinity and Sorare have convinced some that blockchain gaming is already there. Others are not so convinced and say not yet. Blockchain gaming is closely tied to an explosion of speculation and subsequent volatility in digital currency markets, a rapid influx of investment capital and the relentless headlines about high-priced NFT transactions.

It leaves us with little nuance. You either think blockchain gaming is all hype or the future of gaming. To make more sense of things, let’s take a step back.

Shifts in the way a creative industry makes money has an enormous and long-term impact on the type of entertainment it produces. One such macro-level change occurred over the past 15 years as the industry moved away from a physical product-model to one that is digital and service-based. In 2005 the global games industry generated $26 billion in revenue from boxed game sales, compared to $1 billion in digital sales. Since then product-based sales have roughly doubled to $53 billion, but service-based revenue has exploded to $127 billion.

This has had at least three implications for the way that the industry operates. First, publishers are shifting away from games as discrete commodities in favor of treating them as assets that increase in value over time. This “assetization” changes the way organizations think about developing intellectual property and related revenue models. Rather than trying to sell as many copies of a new release as possible following a frantic marketing campaign, game makers publish content gradually and build momentum more slowly.

A related second implication is that successful games are in a state of permanent beta. The success of League of Legends dwarfs even an evergreen like World of Warcraft in part because the former deploys an iterative release schedule of minor updates and sales events. The latter relies on heavily marketed content add-ons which are more cumbersome to produce and present a higher risk profile.

And third, Moses stays on the mountain. Despite their massive funding, high profile failures like Quibi and Magic Leap evidence the challenges of developing the next big thing in secrecy and excluding audiences and industry partners. Across the ecosystem entertainment and technology have begun to abhor the reliance on a single authoritative designer or author. Instead, creative firms like Supercell actively solicit input for new game designs by promoting its beta programs to audiences and inviting them into the development process. Franchises grow with their audiences.

A second macro-level change is more opaque but no less relevant. As the video games industry became more digital, new publishing models have emerged that redefined and redistributed the roles occupied by creators and consumers. We can identify three archetypes.

The first is that of traditional game publishing. It is the conventional way of developing, publishing, marketing, and distributing games that hinges on a centralized model. Publishers seek to sell as many units as possible at the highest possible price. Game makers rely on partnership networks with, among others, retailers and digital storefronts. In this model, content exclusivity increases a title’s perceived value and premium prices. Examples of content that springs from this model are The Legend of Zelda and Uncharted.

The networked, or distributed, model is the second and focuses on establishing recurrent revenue streams through ongoing investment. Multiplayer games distributed via a low tech client or browser ensure a publisher reaches the largest possible addressable audience. Revenue strategies revolve around socially contextual monetization (e.g., vanity items, battle passes). Data capture plays an additional important role as game makers optimize a player’s life-cycle and constantly look for ways to entice their user base to keep playing and spending. Example titles for this model include League of Legends and Pokémon Go.

With blockchain technology we are starting to see the outlines of a third, still largely nascent, model based on decentralized game publishing. Here game makers optimize for long-term use value and compromise on shared ownership of digital assets. It facilitates novel practices around user participation and provides value through play (e.g., play to earn), collectibility, and speculation. Early examples include Axie Infinity and Gods Unchained.

Different from the networked model, decentralized game publishing vastly increases the autonomy of its playerbase. In this context, Roblox, which popularized the notion of user-generated content, remains rooted in the networked model. Even if a growing base of players creates in-game experiences for others, Roblox still relies on centralized control to determine what should and shouldn’t exist in its economy.

In the case of decentralized game publishing there is no such authority. Players are entirely free to just play the game or play with the game. Their decisions impact the overall games ecosystem, the real-world value of its different in-game assets, the volatility of its economy, and tactical demands and affordances. In playing, players alter the game’s governing ruleset beyond the reach of a controlling entity.

That sounds really exciting and would certainly explain why early investors are so enthusiastic about current successes. But where will this evolution take place and who will lead it?

There are three relevant platforms for blockchain gaming where it can take root: PC, console, and mobile. Historically, PC gaming—especially the high-end users found on platforms like Steam—represents the vanguard in novel types of content and business models. Because of its ‘open’ nature compared to mobile and console, novel developments and innovations tend to manifest first in PC gaming and it was here that gaming first became truly digitally distributed and where new categories like MOBA and Battle Royale (both are modes of game play that leveraged the popularization of micro-transactions rather than single sale pricing).

According to Dappradar, a blockchain data provider, about two-thirds of the top blockchain games today are available on PC compared to a third on mobile, which reaches a far greater audience globally. Console gaming, despite a surge in recent unit sales for both Microsoft and Sony, is in a nascent state.

Today the platform of choice is PC, which includes browser-based (40% of total titles), local clients for Windows (16%) and Mac (6%), and Linux (3%). Mobile games represent a mainstream gaming audience but tend to be hindered by stricter platform governance. The popularization of blockchain gaming depends on whether it can successfully penetrate the mobile market. There are some signs that this may be the case: Tencent recently acquired UK developer Sumo Digital for $1.3 billion which had announced its plans to explore crypto-currencies. Finally, consoles remain a black box as ‘closed’ platform policies, accelerated acquisition of IP, and the broader push into services and subscription revenue will result in crypto gaming taking the longest to take root.

Nevertheless, incumbents and investors alike are getting their feet wet. Among the former we find several notable gaming conglomerates that have started to leverage blockchain to solve financial challenges. Eager to find ways to put their fattened cash reserves to work, global game makers turn to currency markets and seek to mitigate risk and future-proof themselves by taking positions in blockchain.

In April this year, Nexon announced the purchase of $100 million worth of bitcoins to diversify its $5 billion in cash and equivalents held in JP¥, US$ and KR₩. And Microsoft expanded its “blockchain platform for royalties payments” to simplify existing complexity around compensating creatives last December. Atari went a step further by introducing its Atari Token “to be integrated as an in-game currency and offer a means of payment to individuals.” And firms like Square Enix and Ubisoft have taken strategic positions by investing in startups developing new IP.

A casual review of venture capital investments finds a combined total of at least $1.2 billion in funding over the last 24 months and the emergence of no fewer than six unicorns. Firms like Sorare (valued at $3.8 billion), Dapper Labs ($2.6 billion), Sky Mavis ($2 billion), and Forte, Animoca Brands, and Immutable ($1 billion each) seemingly managed to plug into the Next Big Thing. With access to plenty of capital, these firms have begun developing ambitious interactive experiences around shared ownership of virtual land, Pokémon-style game play, and collectibles.

However, so far, neither incumbents nor investors have managed to do away with the economics that generally make interactive entertainment a winner-takes-most ordeal, both for protocols and titles.

The most popular blockchains are WAX (36%) and BSC (35%), based on an aggregation of top titles organized by protocol. Ethereum (10%) is much less prominent despite its much higher market capitalization of $402 billion compared to $0.6 billion for WAX. A similarly skewed power curve describes the most popular blockchain games. The number one title based on users in July, Alien Worlds, has 59 times more players than the number 15, Zoo – Crypto World.

Worse, the overall quality and depth of currently available titles is still depressingly low. Despite the aspirational rhetoric found in investor decks, most games resemble something similar to the first generation of pre-Facebook social games: relatively unsophisticated game mechanics and cliched graphics are common as lots of small-fry developers quickly release undifferentiated content. What may potentially drive the success of blockchain gaming is the emergence of innovative game mechanics.

So what does the future hold for blockchain gaming? Be sure to check out PART 2 tomorrow for more insight in this fascinating (yet clearly still developing) new market.