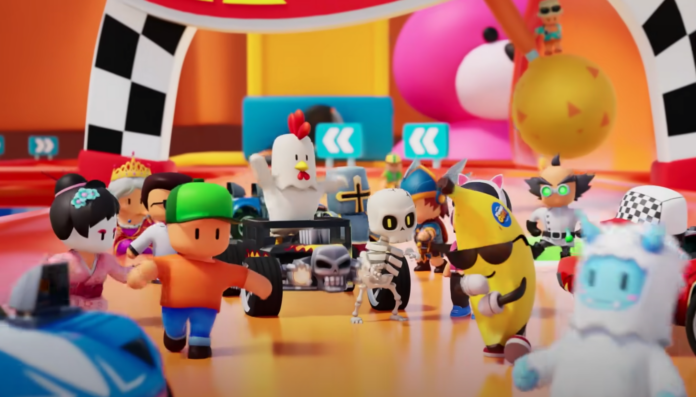 December was an interesting month for the mobile market. We saw high profile entertainment franchises collaborate with some of the top mobile games. There were musical collabs as well, with several virtual concerts by real life artists that were exclusive for players. And then there were new ways to monetise players. With more legislation on loot boxes looming, will we see more mobile studios say goodbye to gachas in 2023? Check out Gamerefinery’s overview of the key mobile markets in the US, China and Japan.

Diablo Immortal’s Terror’s Tide update introduced the Phantom Market, where players can acquire new cosmetic weapons and armor sets through Diablo Immortal’s version of the box gacha mechanic. To draw, players need Obols, which are available in exchange for Eternal Orbs. This premium currency can be purchased in-game, although players can get a better deal by going straight to Blizzard’s online store, which bypasses Apple and Google’s store fees.

Shoot’ em-up Survivor.io was one of many games to make significant changes to its Battle Pass last month. The new Survivor Pass is a permanent fixture at $20 per season per month. The first reward on the paid track is Tsukiyomi, one of the game’s first-ever additional playable characters. The last (tier 30) is an Epic-ranked equipment item of choice, with progress made by completing daily tasks.

Looking at the slots genre, one of the most intriguing updates was in Lotsa Slots, which completely overhauled its monetization and ads to be more generous toward players. All rewards and coins in purchases were permanently doubled, while the number of active ad placements was boosted to seven from two to compensate. With the changes to IDFA regulations negatively impacting user acquisition figures across the board, this was likely a strategic move to attract more of its current player base to IAP by offering better deals.

December was another big month for collaborations. Fall Guys clone, Stumble Guys, the third most-downloaded game of 2022, collaborated with Hot Wheels to introduce a new map where players raced in cars to the finish line. The map also hosted Stumble Guy’s biggest tournament, the StumblePrix Tournament, which offered substantial premium currency rewards and real-life prizes to those who took part.

Interesting top 200 grossing entrants on the US market

Over 1.6 million players across the globe logged into Sky: Children of the Light to watch Norwegian singer-songwriter AURORA perform at a free virtual concert in-game after The Game Awards on the 8th of December. The concert, which could be rewatched until the 2nd of January and took place every four hours, supported 4000 simultaneous players in the same server – a major tech breakthrough.

The event was monetized with souvenirs available for players to collect. In the merchant’s corner of the Colosseum, a music box provided a link for mobile devices to Apple Music, offering an album featuring the AURORA concert set list with exclusive tracks.

Several new concert-themed collaboration IAPs were also added, including The Giving In Cape ($14.99) and To the Love Outfit ($9.99) during the countdown to the concert’s debut. Players could also purchase the Voice of AURORA instrument from the in-game shop ($14.99), with audio featuring AURORA’s actual voice.

However, the most interesting IAP had to be the Wings of AURORA cape ($24.99). The cape gave any player wearing it the ability to access the full concert at any time (even after the collaboration ended on 2 January) and bring their friends along.

December was a big month for collaborations in the Japanese mobile marketplace. Starting with Yo-kai Watch Punipuni, this Puzzle RPG introduced nine characters from the anime series Evangelion. These could be acquired through collaboration gachas or by purchasing a limited-time IAP bundle. They could also be collected by playing the event mode, Ohajiki battle, which featured music from the show.

This marked the game’s second collaboration with Evangelion, which occurred exactly one year prior. Many of the characters from the first event made available once more. The event didn’t cause quite the same stir with players the second time around, particularly in terms of downloads. But there was still a dramatic spike in daily revenue.

LINE Bubble 2 had a Christmas collaboration with Winnie the Pooh which added Winnie, Tigger, Eeyore and Rabbit to the game as unlockable characters. These could be acquired through one of three character gachas or as rewards from several ongoing campaigns. One asked players to follow and retweet the game on Twitter.

Ants: Underground Kingdom held its first proper collaboration event with the iconic radioactive lizard, Godzilla. Whereas the monster is known for its gigantic size, he appears in the game as a new insect type that boosts other units. The update also featured additional unlockable skins, including Snow Sakura Godzilla and Mothra Parade Troop.