HomeFuture techHubris VR by Cyborn is the first step in a multi-platform spanning...
Future tech 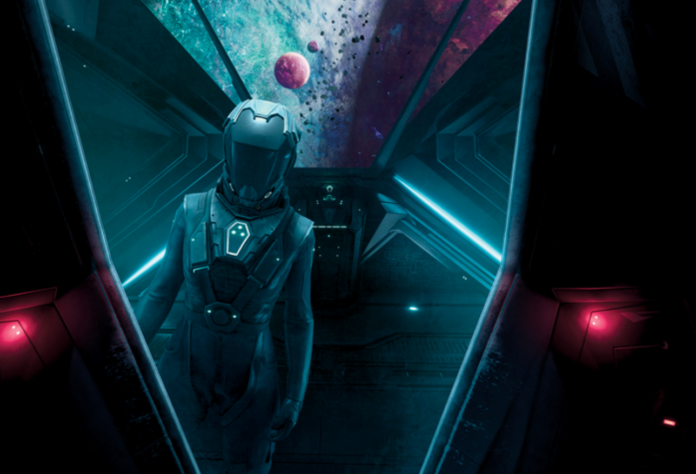 With the release of Hubris VR a tiny part of a much larger sci-fi universe is revealed. A project that was initiated years ago by Cyborn CEO Ives Agemans. He wrote a script for a film and later started on a script for a tv series. Those projects have not yet come to life, but the game will hopefully set that in motion. “Our ambition is quite big as we truly believe in the potential of the Hubris universe. This game is launching Hubris as a multi-platform spanning IP.”

Although Ives Agemans is the CEO of Belgian game studio Cyborn, he also acts as the game director, writer and art director for the Hubris-project. “So I’m mainly in charge of the creative and visual part”, he says. “It started as a modest, little production but along the way it grew in budget and ambition. The creative process often starts with a concept or idea of mine. The game designers then come in to work on the gameplay design. Our inhouse team of concept- and lighting artists start to work on the visual designs.”

Hubris VR has been in the making for 3 years by a team of about 30 developers. The game looks stunning with realistic graphics, great lighting and lifelike animation. With Belgian developer Cyborn offering a wide range of services like VR and AR app development, a fully equipped mocap studio and an animation studio for film and television, it’s no wonder they deliver this kind of quality.

Lead Game Designer Koen van den Steen admits having all the tools and skills in-house was a huge help during the development of the game. “Both movie production and the VR/AR app production became quite important during the production cycle of the game”, he says. “During the years we became more and more involved in real-time productions and we were looking into more ways to keep innovating our company processes. Right now the largest part of Cyborn is working on the game production but we still occasionally do work for hire for other companies. For example, last year we helped Guerrilla Games with their motion capture cleaning for Horizon Forbidden West.”

The alien world of Hubris looks colourful and vibrant. And that is very much deliberate according to Agemans. “I like to bring colour even in the darkest places”, he says. “As I started creating this new sci-fi universe, it was really important that everything had an original design and several layers to it. There is a backstory and history for every faction and planet in the Hubris Universe and the designs have to reflect that. Like the first faction I ever designed, the OOO. The player is part of that faction and so I’m most picky on how they look. It all started with the logo design, the coffin with the3 O’s on it. I drew that years ago. All other designs are derived from that, straight lines and circles with black and cyan as the main colours.”

The 3 year production cycle of Hubris VR changed the way the team implemented locomotion and action dynamics. In the early prototypes it was not possible to freely move around as many players were dealing with motion sickness. Van den Steen: “That’s how both the climbing- and swimming movements came about. Later in development we found that more and more people got their VR-legs and it was considered acceptable to use the thumbstick to move around. After that we wanted to add some more action and high paced combat. That’s where jumping also came into play. Combining all of these actions gives you the current version of dynamic movement on all terrains you see now in game.”

Potential of the Hubris universe

Now that Hubris VR is available on Steam -and next year on PlayStation VR2- Cyborn CEO Agemans is clear in his goals. “Our ambition is quite big as we truly believe in the potential of the Hubris universe. This game is just the first step in launching Hubris as a multi-platform spanning IP. There are some more unannounced Hubris-related things that we are working on right now. But what we can already reveal is that there will be a second Hubris VR game. It will pick up the story where this first game ends.”