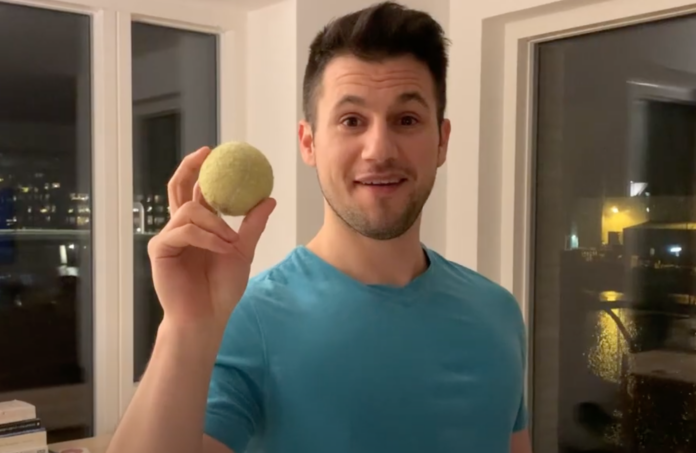 He’s done it before and now he’s doing it again. In 2015 Brett Taylor left his job as game developer at Arkadium to start his own company and develop a game by himself. Two years later he released the abstract, musical puzzler Linelight. In 2019 Taylor moved to Denmark to join Limbo- and Inside developer Playdead. Now, a few weeks ago, he’s leaving his job to return to Linelight once again. “Big song in my heart and rebel spirit crescendoed.”

The release of the VR version of Linelight is just the beginning of his new journey. He’s finally ready to take on the sequel of his breakout indie hit. “The first game was birthed from the mechanics, the next one comes from the opposite end. The emotions”, says Taylor. Linelight II will be carried by the love for his mother and the grief of her loss. “Yeah, big heart stuff. Risky and hopefully very rewarding.”

Leaving a steady job at a renowned studio to chase that indie dream must be exciting! And scary…

“Yep, exactly. Scary, disorienting, thrilling, funny. It is all the adjectives. It’s actually my second time making the indie leap. I left Arkadium in 2015 to start My Dog Zorro in New York City. MDZ has been ‘on pause’ while I’ve been full-time at Playdead since 2019. But now I’m rebooting it, and in Denmark! I just got my Start-up Denmark business visa approval, which is excellent news. Not only can I continue to live in Denmark indefinitely, but I can do so with my own business! I am very much just looking at the next step at a time and trusting the process. Trusting my intuition, and trusting the universe.”

“Yes, Linelight VR is already a wrap, and hitting virtual shelves on December 8! I released Linelight in 2017 to Steam, PS4, Switch, iOS, and Android. I made the whole thing myself, top to bottom, and self-published, and I’m really proud of it. This is why I find it tricky to answer the question of what I do… I kind of do everything. I’ve also just learned this week Linelight is about to get an Honorable Mention for Google Play’s Best of 2022 Games.”

That’s great! How does that make you feel?

“You know when someone compliments you, and you fight back the reaction to disagree, or dismiss it? And instead do your best to take the compliment as fully as possible? To just say ‘Thank you’ and mean it? Yeah, that. I believe luck plays a major role in any story of success, but I still have to acknowledge I’ve also worked incredibly hard to get to where I am today.”

“So… I’ve always been enamored with video games and being able to communicate something through interactivity. I wasn’t sure what Linelight would be when I started it. Puzzle? Action? And I was surprised and delighted to see the story elements of the game blossom during development. There are some characters you meet, and who help you out, and who return. They made me feel… things. So, I leaned into that.”

“I made the ending revolve entirely around the characters you’ve met along the way, and (spoiler alert) you help them all out in the end. The final camera shot is on the very first character you met at the start of the game. I guess you could say ‘The game was never about you’. Even though the story was light (no pun intended), it connected with folks. The original game was birthed from the mechanics, and the sequel is coming into being from the opposite end– the emotions. I think this is super wild and cool.”

What kind of emotions?

“After I released Linelight, I kind of scoffed at the idea of a sequel. I didn’t want to ‘sell out’. I clearly wasn’t ready then, but I’m ready now. Can’t really explain why, only that it feels right. Like, I came up with a musical melody last year that has great personal significance to me, my mom, and the first game. I need to challenge myself with every project, so what about making a puzzle game based on the emotions I feel from a melody? I think in part I’ve been attracted by how difficult and impractical that seems. The love for my mother, and the grief for her loss, is a bottomless well from which I can always pull. That well will never dry up. Ever. What if I use that as the guiding resource to catapult production of a game?”

So, what’s the plan?

“I’ve just begun Linelight II development and so far I’ve got a little bit of gameplay. This stage is ‘Get enough new mechanics to feel secure the sequel will stand strong’. My dog and I are going to stay at our family vacation condo in Florida from December till February, which is filled with pictures of her. I feel her energy down there. It’ll just be me, my dog Zorro, the amazing Florida weather, my laptop, and the spirit of my mother. I don’t have any concrete expectations. Just invitations. I repeat to myself: ‘No pressure, no pressure. Just show up, and do the best you can’. Maybe I’m not even the one who is saying this to me. She was a good woman.”