HomeFuture techThe storm has died down -for now- but Unity developers are still...
Future tech 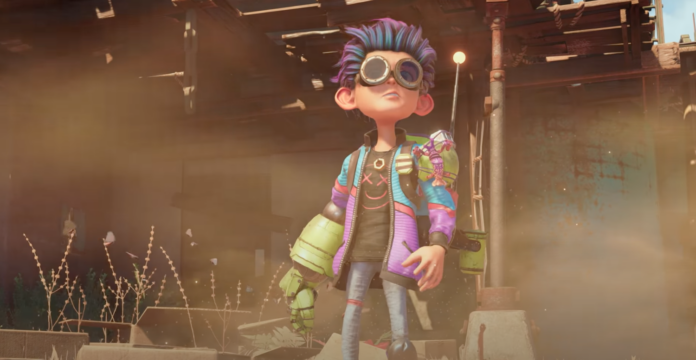 When news of the Unity -IronSource merger broke, Twitter exploded with angry and disappointed reactions of developers. Now, almost two weeks later, the (shit)storm has died down, but Unity users are still worried about what the future may bring.

A lot has been said about the Unity – IronSource merger. And surprisingly little was positive. Unity used a lot of fancy words in their press release when announcing the deal. “The combination of both companies will accelerate Unity’s growth as a software company powering the creator economy end-to-end.” and “We succeed only if creators succeed and with ironSource joining the Unity family, we will make it easier for them to do so in one centralized, integrated platform.”

But despite all the hyped-up marketing-speak, the deal didn’t go down well with Unity users around the world. IronSource has had a sketchy past when they created the installer program InstallCore that delivered the requested software with a lot of unwanted extras. The software was identified as malware by Windows Defender and Malwarebytes. In 2015 IronSource merged with SuperSonic and pivoted to in-game ads. At the start of 2022, it acquired Tapjoy, a specialist in mobile advertising and monetizing apps.

Unity users weren’t planning on letting IronSource off easy and posted snide remarks on Twitter. Like this one from Giuseppe Navarria, tech design director at Splash Damage: ‘Unity, a once beloved game engine company, is merging with ironSource, a company that literally makes malware. This comes after recent lay-offs and tons of internal mismanagement. Things are not looking good for Unity’

“Unity should invest to make their game engine better. That’s it.”

The layoffs mentioned above are from the internal development team of Gigaya, the inhouse gaming project that served as an inspiration and proof of concept for the game engine. With the discontinuation of the project and the subsequent firing of the team, many developers saw this as yet another example of Unity’s management not having their priorities straight.

Matthijs van de Laar, Creative Director at Twirlbound: “Developers have been screaming for years that Unity should have a dogfooding approach and make their own products for once. It says a lot that they can’t even keep that up with a relatively small team. It’s another signal that they’re not investing in the development of the engine or games made with the engine, but in shiny product merges that look interesting for investors.”

Kenney Vleugels, creator of free game assets and tools at Kenney.nl, agrees: “Canceling Gigaya has had a bigger impact on the community and perception of Unity than leadership might have anticipated. Unity has to start working hard proving to the community that games are still a priority for them.”

Van de Laar is clear on who’s to blame: “It’s important to note that so many people at Unity are likely to be with the developers on this. The frustrating situation comes from the fact that they’re not the ones making these high-level business decisions.” And he knows what Unity should do to restore faith: “They should show interest and invest in tools, companies and internal teams that make games or make their game engine better. That’s it.”

Both developers don’t really see the added benefits of the merger, although they admit they’re not the intended target group. Van de Laar: “For us as a studio the merger brings absolutely nothing, but that’s because we make rather traditional 3D games for PC and console. I am not too familiar with the ad-based game industry but I understand there’s not a great amount of excitement in that corner either yet.” Vleugels adds: “During a recent interview Unity CEO John Riccitiello mentioned ‘compulsion loops’ which in my opinion is an unethical form of user retention. I’m afraid it will be heading this way for sure.”

So the merger and some questionable business decisions have cost Unity a lot of goodwill among its users. But will they jump ship and start looking for alternatives? Vleugels sees a lot of developers doing exactly that: “I’ve personally seen a lot of game developers start checking out alternative game engines, with some making an immediate change. If they can spare the time, developers should definitely check out other engines. Godot is a really good 2D alternative and Unreal Engine is great if you’d want to achieve higher fidelity 3D visuals. Most game engines are free or offer free versions.”

But it’s not so easy for everyone. Some have invested a lot of time and money into tools and training people for working specifically with Unity. Switching engines could end up costing time and resources that especially the smaller teams don’t always have. Van de Laar’s company Twirlbound is in that position: “We’ve built a lot of custom tools over the years, which is why we stuck with the engine. All these tools take time to maintain while its main competitor Unreal has many of them out of the box.”

“Developers are getting increasingly worried.”

“For any new project we’ll have to see how it progresses in the upcoming years”, says Van de Laar. “Our internal tools are very strong but if core stability and basic features such as rendering keep falling behind so much in Unity, we might be forced to look elsewhere. But we’re too far into our current project and that feeling is rather anxiety-inducing. All the more reason to speak up about these decisions and how developers are getting increasingly worried.”

European Parliament to increase funding for its games industry