The McDonaldization of gaming venture capital 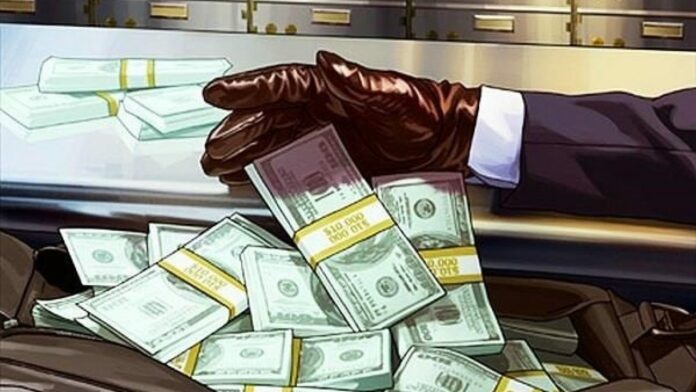 After first discovering video games at the start of the pandemic, the growing interest among some of the biggest venture funds will impact the next generation of interactive content. I say this, of course, because just last week Andreesen Horrowitz, or a16z, announced its $600 million GAMES FUND ONE.

The entry and commitment of large venture funds in gaming isn’t necessarily a bad thing.

For one, the industry has grown rapidly, quadrupling in size in under a decade, from $52 billion in 2012 to $219 billion in 2021. Long before the pandemic super-charged consumer demand for interactive entertainment did the economics of video games become vastly more difficult. Sure enough, the tools to make games have become more abundant and the upgrade to Unreal Engine 5 significantly lowers the barriers for creatives of all sizes. But with a glut of content especially on PC and mobile, the ability to market games has steadily become more difficult.

Second, I’ve also argued that the incumbents and entry of non-endemic organizations (e.g., media, advertisers, brands) will stifle innovation. Married to a more conservative interpretation of what entertainment should look like and how it needs to behave to attract ad dollars, non-endemics will make much of it look and taste like vanilla. And as the industry continues to consolidate, we can expect smaller, riskier, not-quite-completed projects to get shelved as newly-minted parent companies focus on everyone’s favorite franchises.

Access to vast amounts of capital to build the next generation of IP and excitement will come from VCs. Certainly, the industry’s inability to keep up with demand during the pandemic, on top of blistering growth, has made it even more tempting for mid-level managers from large publishers to try their luck. That has resulted in somewhat of an exodus of talent.

After smaller gaming-focused VCs helped fuel and grow the business, the entry of large generalist funds was inevitable, of course. After years of remaining on the sidelines as more conventional forms of amusement, it’s encouraging that more money is now available to creatives in gaming.

Highlighted in orange are the generalist and tech funds. The VCs that specialize in gaming are shown in white. (Disclosure: I’m an advisor to Makers Fund, which manages $960 million across its three funds.)

I have three observations. First, this shift significantly raises the stakes. Managing to secure funding from one of the big firms is akin to an indie artist signing with a major label: it puts you on the map. You get your picture taken, Venture Beat and TechCrunch write about you, and your spouse/parents/colleagues will be ever so proud.

An important reason why startups tie themselves to large organizations is because of their access to an ostensibly enormous network of resources and industry partners that smaller funds cannot manage. That depends on your own ability to make use of that network, of course. After all, you’re but a single line item in a massive venture capitalist’s spreadsheet.

But expectations rise, too. Now that you’re part of a select few that get their idea funded, you’re going to have to deliver. The bigger the fund, the simpler the math. Or, as it was once told to me:

“Anything less than a billion we consider a failure.”

Second, the scattershot approach employed by large firms means you can expect a proportionate amount of attention. As one of the largest venture funds in the space, a16z’s entry is an important validation of gaming as a mainstream form of entertainment. But it is hard to ignore the obvious allocation of effort. Despite an encouraging sizzle reel, the gaming fund’s moment in the spotlight was cut a bit short this week when a16z switched over and announced its $3.5 billion crypto fund.

My third observation is a noticeable absence of news about funding innovative ideas and efforts. Previously the industry focused on a narrow demographic, so I’d expect a push into the mainstream to be accompanied by some amount of financing for less common but equally necessary initiatives. Do we really need more MOBA esports gaming chair covers? Oh really dude, you’re making a shooter game? Oh wow, a white male protagonist saves the day. So new. Such wow.

I’m not expecting venture firms to be the vanguard in some push to make the industry more inclusive. But if with this much money available, we should be expecting more female-led studios, right? Where is the funding for diverse leadership teams?

The games industry needs different types of VCs. With the growth, popularization, recognition, and, now, funding of gaming, the industry is going through an important transition. More means different. It has to.

Joost van Dreunenhttps://superjoost.substack.com/
Joost van Dreunen is an academic and entrepreneur with an expertise in video games. He teaches at the NYU Stern School of Business and is author of One Up: Creativity, Competition, and the Global Business of Video Games. Previously Joost was co-founder and CEO of SuperData Research, a games market research firm, which Nielsen (NYSE: NLSN) acquired in 2018. He is an investor and advises funds and firms active in interactive entertainment.
RELATED ARTICLES
Future tech