HomeMost wantedThe joy of building and the delight of destruction both captured in...
Most wanted 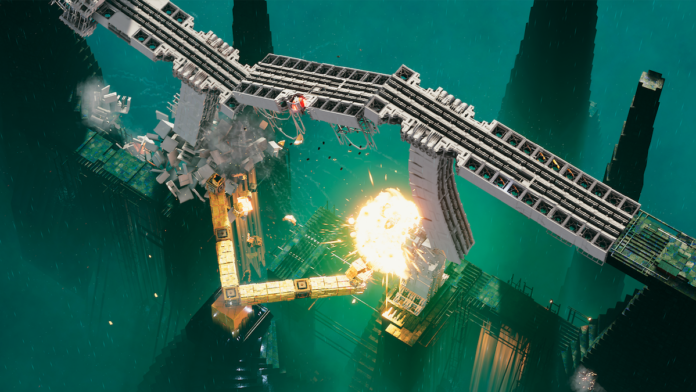 Two weeks ago a game crashed into Steam Early Access that surprised players with a simple yet irresistible premise: build structures and crash them into other structures. The physics based destruction is a delight to behold. Abriss – Build to Destroy is the brainchild of three German students operating under the name The Randwerk Cooperative. It’s part of an incubation program at their university, HTW Berlin.

Game Designer Johannes Knop explains the success of the game by tapping in on the innate fascination of people for destruction. “ I think everyone does enjoy destroying things up to a certain extent, it’s something instinctive almost. These very basic emotions are always a good base for a game. We also wanted to make something where you can destroy stuff that’s not in the real world. Something  stylish instead of violent. That’s why there are no people or beings in Abriss. Nobody gets hurt!”

The team did a good job of keeping the act of destruction fun for a longer period of time. “We introduce new parts and mechanics in every new world, so you constantly have new experiences”, says Knop. “By learning new stuff there’s never a point where players get tired of doing the same thing over and over. We also have some stats you can optimize, so you can try to redo the levels the optimal way.”

Looking at the website of The Randwerk Cooperative, the team mentions the likes of Zdzisław Beksiński and Hans Rudolf Giger as inspiration for the stylized world of The Abriss. “The dystopian, nightmarish surrealism of artists like them and Wayne Barlowe influenced the art style of the environments a lot”, says Knop. “We did not want our environments to represent something natural like a forest or mountains or something. We wanted them to be more abstract and stylized. We went for a mysterious atmosphere. Now people have their own thoughts about what this world is, what happened there and what everything is. It makes everything more interesting this way.”

Knop and his team members Till Freitag and Friedrich Beyer are still students at HTW Berlin. Their studio The Randwerk Cooperative is an integrated part of the studies as its a part of an incubation program. Knop: “We have our own room there, workstations, access to a full sound studio, camera equipment and much more. It helps us a lot! Most important part is that we have a lot of people that make games around us. They always give us feedback and ideas. Our professors also support the idea of a cooperative studio. Both Friedrich and Till will probably write their Masters Thesis about the process of making ABRISS.”

Abriss – Build to Destroy is out on Steam Early Access, GOG and Itch. Knop: “We’re also working on an Epic Games Store release. The game will be in Early Access for about a year  and we will have some smaller updates until then. We would love to bring ABRISS to the console or at least the steam deck. But it’s quite hard to make a controller control scheme in a game like this, so we’ll see.”