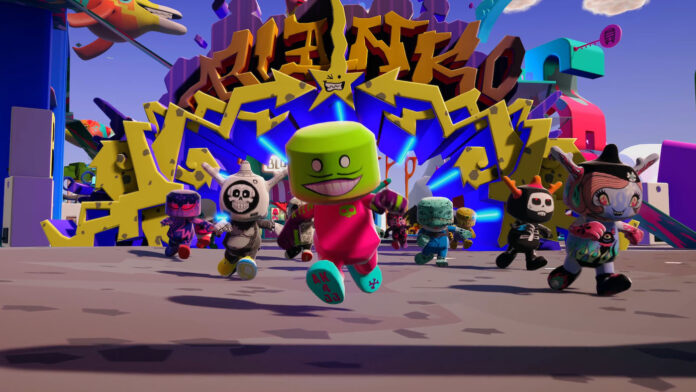 Few things in the games industry are as controversial at the moment as blockchain games, NFTs and play-to-earn mechanics. Is the concern many people have justified and should we call for strict regulations? Or is this just a new form of entertainment that needs time to mature but shows promise as an alternative business model?

We talked to Robert Hoogendoorn, Head of Content at blockchain analytics website DappRadar, to see where the naysayers have a point and where they might be overreacting a bit. “Change isn’t something to be afraid of, but to approach with curiosity.”

Concern: Blockchain games aren’t really games. There’s hardly any gameplay and seems only to be about virtual item collecting and selling.

Blockchain gaming comes with a wide spectrum of (potential) products, ranging from gamified financial services (GameFi) to full-range play-to-earn gaming experiences. There’s an abundance of mediocre GameFi products with badly designed economies that won’t last. These projects justify the negativity from traditional gamers, moreover because they are simply not games. However, at the other end of the spectrum there are play-to-earn games, virtual worlds where play, adventure and economy collide. There’s a collecting element to it, because there’s scarcity, sure. But for blockchain gaming to be accepted by the traditional gaming audience, the games themselves need to become fun.

Developing excellent games takes years, and the play-to-earn movement only exists since 2018. When technology moves to the background, gamers will get to enjoy the experience more. Suddenly a blockchain game will be fun to play, and hey, look at that, the time you invested earned you some NFTs or tokens. Not much different from gold farming. Some blockchain games will become pure entertainment for some and a job for others. However, this time there won’t be a grey area, as it’s all designed as such. When will this happen? Gradually. The first major products are now in alpha testing, so I expect 2022 to be a pretty big year. Perhaps in 2023 we will see a real breakthrough.

Concern: The idea of owning your virtual asset (as NFT) and bringing it to several games is mostly theory now. It will never work because it needs close cooperation between studios and big investments.

The internet wasn’t built in one day, and nowadays relies on open standards. In a similar fashion there will be open standards for NFTs. Most likely this will start with metadata. For example, your avatar has ‘sunglasses’, ‘green hair’ and ‘long hair’, then every virtual world or game world can create their version of your avatar based on the metadata of your NFT.

We’re definitely not there yet. Right now you’re seeing that usernames become interoperable across various dapps in the wider ecosystem. If you have an Ethereum Name Service domain name (say premortemgames.eth), you could use that name to receive and transfer crypto, but it’s also your user name in the upcoming virtual game world of WorldWideWebb3. This is a start for interoperability of assets across the wider blockchain ecosystem. More open standards are needed to make NFTs interoperable across the board. If you own a CryptoPunk or Bored Ape NFT, you can use that NFT as your avatar in the pixelated world of WorldWideWebb3. Now imagine you can do the same across ALL virtual worlds. That would be the dream, something you’ve probably seen in Ready Player One.

However, don’t forget there’s also a benefit for developers to do this. It’s not just extra work. Developers looking to attract a certain audience can incorporate functionalities for a particular set of NFTs. This is likely to attract that audience and with that comes a certain reputation, social media marketing reach, perhaps financial influx, and so on. This completely changes the way a game needs to be marketed. Facebook targeting and Google Ads are also getting a bit old, aren’t they?

Concern: The Play-to-earn mechanic seems to draw most of the criticism as a get-rich-quick scheme. How does it work and is that something you want?

I’m not saying EVERY game needs to become play-to-earn, even though it might happen. When you design a play-to-earn economy, it needs to be circular. There needs to be item scarcity, and there needs to be utility. Players can earn tokens for their efforts, they can find NFTs on their missions. Swords break, spaceships malfunction, so players will need resources to get their equipment working again. Better spaceships are bigger, faster, have more cargo space and that means they are more valuable. Ideally, when you’re an active participant in the ecosystem you’re rewarded for your contributions.

Then again, the risk is that most people associate crypto with ‘getting rich quick’, and that’s not the concept here. Play-to-earn allows players to ‘earn’ something from the time they invested in a game.

Is that something you want? Well, you don’t HAVE TO spend 600 hours to get an NFT. You don’t HAVE TO grind to get that legendary weapon. You don’t HAVE TO be the best on the weekly leaderboards and earn a reward. You can just enjoy the game. But thanks to play-to-earn economies your participation (which is EXTREMELY valuable to gaming companies) now gets rewarded.

Is it a concern that people in developing countries get the possibility to earn more than their minimum wage? Perhaps doubling their income, improving their living standards? No. What IS a concern is power abuse that might come from these social-economical relationships. I think Aavegotchi is doing something very well by building the NFT lending system onto the blockchain. This removes the social element, removes friction, and makes things purely a business transaction.

This also brings another point to the table about Game vs Work. Because in your work you always try to optimise your process, get better, faster and more efficient. To an extent that’s the same thing you’re doing in gaming: improving your aim, optimising your resource production cycle etc. So what makes your job a job and a game a game? Is it just context?

Concern: Play-to-earn attracts minors to blockchain games and should be considered something like gambling (like loot boxes).

But it’s not gambling. It’s rewarding effort and time. Because something is new, odd, doesn’t mean you need to label it as 18+ or illegal. Five years ago politicians labeled bitcoin as illegal, now banks invest billions and countries use it as their legal currency. It’s the same with NFTs. People read about $1 million JPEGs, and they think it’s ridiculous. However, they don’t even consider all the other options the technology has.

Back to the topic about age gating. Comparable with everything on the internet, age gating will become a topic at some point. However, I think age gating fails horribly. Why does Ubisoft state that only 18+ gamers can make a Tezos wallet to participate in the Quartz NFT rewards campaign? Ghost Recon already is a 18+ game, and the rewards can only be obtained if you have that game. Doesn’t Ubisoft trust the PEGI rating on the box of their game? When you’re a teenager and you need to sign-up for a new website or app, you will probably say you’re born in 1999.

Age-gating in general is failing horribly. It’s just a game of pretending, but down the line kids will play whatever they want if their parents allow it. So let’s also start by educating people. I think that would make a lot more sense, instead of blocking people out.

Concern: Blockchain gaming is gaining popularity fast. Do we have to see this as an opportunity or a danger?

I think the word “opportunity” is very valid at this point in time. Because play-to-earn is still very nascent, but it’s moving fast. We’re now entering the stage where the developers working on blockchain games are no longer crypto natives without any game dev experience. We’re seeing game developers stepping in, and this will increase the quality of play-to-earn gaming.

Play-to-earn empowers players, creates community owned worlds, aligns the incentives for both the developers and the players. The whole dynamic between game company and consumer will change, as consumers can become participants. Change isn’t something to be afraid of, but to approach with curiosity.

Clash of the Metaverse Titans: Microsoft, Meta and Apple