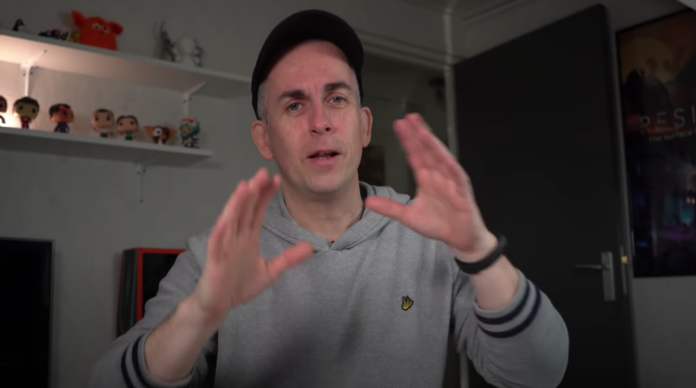 In this series we talk to solo game developers about what motivates them to go at it alone. In this episode Pascal Bestebroer, a.k.a. OrangePixel.

Dutch indie game developer Pascal Bestebroer, best known as OrangePixel, started developing games on his own 18 years ago. It started out as a hobby, but with each completed game his confidence as a game developer grew and the quality of the games improved. He got to a point where he was able to make this his fulltime job. “Didn’t really think much about it, honestly! I’m in the fortunate position that I can do most of the things myself, from design to code to graphics”, says the veteran solo developer.

Bestebroer is self taught and works hard to keep improving his skills. He documents his work as part of a series of (often very amusing) YouTube vlogs. You can check the progress of the games he’s working on. But he also shares insights on being a solo developer, anything from picking the right game engine to the amount of money he made from game development.  He has a whopping 69 games behind his name and is working on number 70: Regulator City.

“The working speed: in all areas of development. From decision making, to asset creation and implementing those assets and ideas. Every weird idea I get is quickly drawn, animated, and implemented without having to do back and forth on graphical changes or gameplay tweaks. It’s probably also easier to budget things in terms of time and money, since it’s just my time and a few expenses for things like music that need to be paid.”

“Can’t really come up with any pitfalls. But I’ve been doing this for almost two decades now, so I might have just ironed out those pitfalls in my work methods? I guess a common mistake for new developers is to lose sight of the business side of things, and forget about marketing your game, or not even promoting it at all, just sitting in the office working on it until it’s done, and then nobody knows about it when you silently release it.

I’m not against working with others. it just never really happened before.

Another pitfall I noticed with others a lot is that they simply put too much time into the development of their game, without any thought about what the possible financial returns will be like. It’s great if you can work on your dream project for three years, but that also means the game needs to make about 5+ years of income, to cover that game, and at least part of the next game.”

“I probably tackle my game-development process slightly differently from most other devs. I usually have a certain idea, mechanic or ‘feeling’ I want to try out. Without creating a game-design document, I just dive in and start making that core-idea and get it up and running as quickly as possible. I do a lot of that work with weekly youtube videos documenting my process and progress and I share a lot of stuff on social media from the moment I start working on something new. This often spawns a lot of comments, ideas, feedback from other people, both gamers and developers, and will slowly shape my own idea and grow the list of features I would like to try to add. The development itself is very fluid, probably because I don’t have to brainstorm or discuss things!”

How do you stay motivated through years of development?

“I love making games, and seeing it all finished up and in the hands of players. So it never really feels like I’m working, which makes motivation a lot easier. My goal is to complete games within certain time-frames, to make sure I don’t lose motivation. And business wise it’s just smarter to stick to those time-frames. Bigger games will take 9-13 months, where some smaller games are done in 6-8 months, which I found to be the best ways to not get burned out or unmotivated.”

Development itself is very fluid, because I don’t have to brainstorm or discuss things

“Of course there are periods, during development, where certain things take a lot of time, or a game-mechanic isn’t really working or as much fun as I thought it would, and that can be difficult to push through. But then it’s just trying to find that mojo. What usually helps me is to close all social media, WhatsApp messages, and play some good sing-along music, turn it up loud, and just work!”

“I usually hook up with a musician for the music in my games, cause I’m really terrible at that, and I use professional (bought) sound-libraries for my sound-effect needs. For marketing images I prefer to use high-resolution art, and preferably drawn by someone else, because I can always see the flaws and little things in my own high-res art!

In 2020 I also started a partnership with the young Belgian indie developer Friedel Verpoort who ports my games from Java to Monogame for release onto the various consoles. Which has been a very fruitful cooperation for both of us! We are now talking about doing a game together this year, because even though I’ve been doing it all solo, I’m not against working with others. It just never really happened before.”