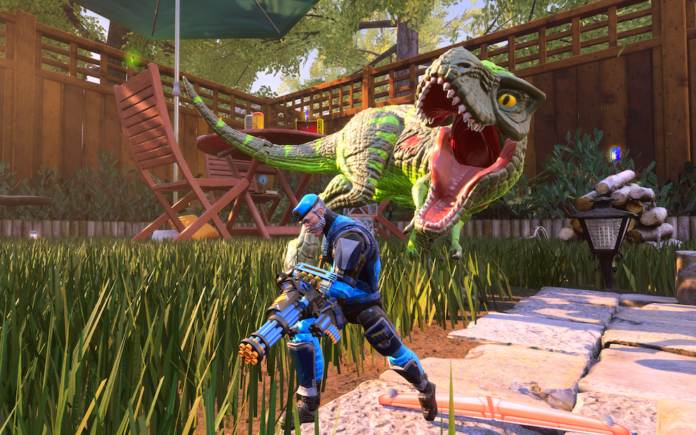 Online toxicity is almost as old as the internet itself, but game developers are now standing up against it. The last couple of weeks showed several high profile cases of online abuse directed at game studios and individuals.

A couple of days ago Joe Henson, a self employed marketing consultant, currently the head of marketing and PR for Digital Cybercherries released a statement online. In it he confronted toxic fans that harassed him online: ‘It is not okay to send threats, abusive, toxic, foul-mouthed messages demanding an answer for a release date’. It seems so obvious but apparently it’s not.

He later released a video of himself looking wearily into the camera and thanking people for their support. “I was extremely scared to talk about this, but it’s the best thing I did. If you are a game dev suffering in silence from toxic abuse online, please, please speak about it. Reach out to friends, family. Reach out to someone and do not hold it in. It’s okay to cry, It’s okay to ‘feel’. C’mon game devs. You are wonderful. You are loved. Speak out. I know it’s hard, but you can do it!”

God of War developer Santa Monica Studio also felt the need to stand up against harassment from fans over a (lack of) release date. The official studio account tweeted this statement: “Our fans inspire us, and we understand the passion and desire for more information. But that passion should not be toxic nor come at the expense of any human being’s dignity.”

Game Director Cory Barlog was more outspoken about it: “Are you fucking kidding me right now? I cannot believe I even have to say this but don’t fucking send dick pics to ANYONE on this team, or anyone in this industry for that matter. They are busting their ass to make something for you to enjoy. Show some fucking respect.” That statement came after producer Estelle Tigani revealed that people had been sending her inappropriate images in an attempt to make her reveal the release date.

Last week Ron Gilbert, developer of Return to Monkey Island, announced he was fed up with the negative comments online after the trailer launched showing off the new art style. He said he will no longer be posting updates about the game: “The joy of sharing has been driven from me.”

Gibert stated in the comments section of his blog grumpygamer.com: “I’m shutting down comments. People are just being mean and I’m having to delete personal attack comments. It’s an amazing game and everyone on the team is very proud of it. Play it or don’t play it but don’t ruin it for everyone else.”

Still, people don’t seem to understand that their comments drove him to take this drastic action. One of the last comments on the blog reads: ‘Just because you locked and deleted the comments doesn’t mean you can hide from reality. That being, your game is ugly. It’s not too late. You can cancel it and save your dignity, and be humble and admit you were wrong.’ And this comes from a person under the name ‘A realistic fan’.

GIlbert writes about this type of fans on his blog. He says: “Return to Monkey Island may not be the art style you wanted or were expecting but it’s the art style I wanted. It’s ironic that the people who don’t want me to make the game I want to make are some of the hard core Monkey Island fans. And that is what makes me sad about all the comments.”

Neil Jones, solo developer of Aerial_Knight’s Never Yield, had his share of online toxicity: “We often hear the line ‘Never read the comments’ and it’s very true! People who would never play your game in the first place will feel the need to attack you personally. It’s very hard not to look at the one thing people tell you not to look at, but that shit will destroy you! No matter how good the thing you made is.”

His way of dealing with all the negativity? “Take a step back and cut yourself off from a lot stressful things. Go outside and just be around positive people. It helps me let go of the things I can’t control.”

In the coming weeks we’ll be looking more into online fan toxicity and investigate what we can do about it.