So if you’re wondering what’s up with Microsoft’s Game Pass subscription service, there was a whole bunch of new data about the platform. Thanks to the Game Developers Conference last week.

As a starting point, you should check out ‘Game Pass: Maximizing Your Game’s Total Value’, presented by Microsoft’s Joyce Lin and Eugene Kim. It’s best described as a light and breezy Game Pass ‘infomercial’. It uses a series of Xbox internal stats to show why Micrososft believes that all developers should consider coming to Game Pass.

It’s on a relatively less-trafficked YouTube channel, ‘Microsoft Game Dev’, so only has about 2,600 views so far. It pitches Game Pass as a veritable ‘Swiss Army knife’ to fix discovery problems. You can check it out below.

We believe it means that the unique median number of players on Steam was, for example, 20-50k in the first month, but 70k-175k on Game Pass. (There’s no way for us to know the real number here, but our guesstimate is within that range.)

Anyhow, the juiciest slides start about seven minutes in, and we don’t have space to show them all. But here’s a Tweet with four of the most notable ones, and we’ll list some of the main takeaways on ‘more reach’:

One slide we did want to showcase was MAU increases for Game Pass. It’s especially notable for indie (ID@Xbox) creators, which isn’t too surprising:

All of this makes sense. Where it gets a little more interesting is in the ‘do Xbox Game Pass players spend more money?’ conversation. Firstly, Xbox notes that total PSM (‘post-sale monetization’) for DLC and IAP goes up 2.8x in the 90 days after joining Game Pass, 50% of it from Game Pass members who didn’t play the game previously.

Which I don’t think should be controversial, given the extra eyeballs on your game. If you make a lot of money with those mechanics, popping in and out of Game Pass is eminently worth it. That is if you can get the right deal at the right time in your lifecycle.

In addition, Xbox specifically says that Game Pass players spend 50% more on games than ‘lookalike users’ who are not in Game Pass:

This is probably one of the only stats in the presentation that I’m a little vaguer on, since finding real ‘look-alikes’ is not very easy, one would imagine.

However, Ampere Analysis’ Piers Harding-Rolls, whose firm has a ‘game subscription’ research service – did an excellent GDC presentation last week (.PDF mirrored here) including the following slide. It agrees on the direction of travel, if not the exact numbers:

Piers also concludes in his research that Game Pass is a whopping 60% of the current market for game subscription services. With Apple Arcade (9%) and Google Play Pass (7%) the closest competitors. Quite a market lead.

But where I’d like to end this discussion is on a couple of specific data and conversation points. Firstly, this Xbox slide showing upside for ID@Xbox Partners who had Game Pass deals:

And secondly, Phil Spencer, in the wholesomely named ‘Empowering game creators in everything we do’ talk, saying: “I also want to make clear to people that are out there that for us at Xbox, there’s not one business model that we think is going to win. I often get asked by developers ‘if I’m not in the subscription, am I just not viable on Xbox anymore?’ It’s absolutely not true.”

To which I’d say – how about ID@Xbox premium-only titles without Game Pass deals? I’d love to see a graph of their 2016-2022 growth on a ‘median revenue per game’ basis. What would that show? Is viability increasing dramatically for devs who don’t deal with Game Pass, or is it a nexus that is drawing in most titles over their lifecycle? (It can’t be simultaneously incredibly good and also unimportant to success.)

How does Game Pass impact the biz?

I suspect that folks at Xbox have been taken aback at times by the levels of unease towards Game Pass – at least privately – from devs and publishers that don’t understand what is happening to their business right now.

But I think I finally understand where we’re at. We have a supply/demand imbalance in the wider video game market. This is the major, underlying trend. There’s too many premium PC/console games out there for devs to get great ROI on all their new titles launched in the open market. Especially given the increased investment in this space.

So companies are either increasingly relying on a few megahits, or on GaaS titles tuned for long-term monetization. Or on a newer source of revenue, which is guaranteed money from platforms for subscriptions. For a lot of indies who didn’t make great money before on Xbox, this is absolutely helpful, especially as Steam gets trickier.

But due to this confluence of events, the market is creating a different supply and demand issue here on the B2B side of things. Alongside an enthusiastic Game Pass player base, there’s a large and increasing supply of devs who want to be on the service – and a necessarily limited demand from Microsoft for new games from third parties.

So yes, the excellently curated Game Pass does help solve for discovery. Being in it or not can be a ‘value add’ lifecycle management question for many. Not an existential profitability question. But for smaller devs, if it’s the latter, it fundamentally changes the balance of power in platform/dev relationships. 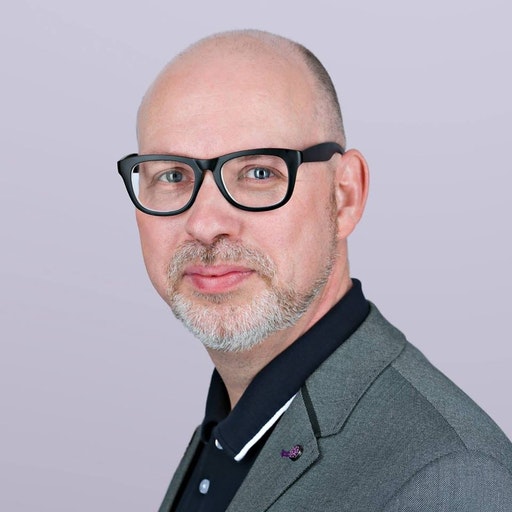