Shredders shows that indie developers can do realistic sports games 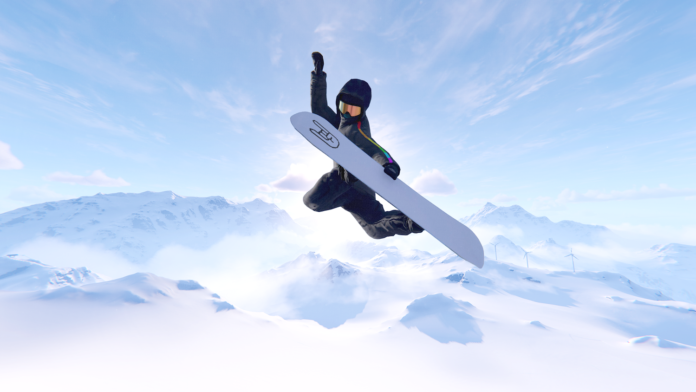 In the world of (licensed) sports games it seems that indie developers are mostly condemned to the sidelines, only to do arcade versions of the real thing. But with Shredders, developer FoamPunch proves that indie games can do realistic renditions of sports as well. And give big studios a run for their money.

Shredders is a realistic, skill based snowboard game with natural physics and realistic animations set in believable mountain locations and snow parks. The developers have steered clear of the over the top antics of SSX and instead concentrated their efforts on making the game feel like the real thing.

According to Marcus Forsmoo, tech lead on Shredders, the learning curve of the controls is intentional: “We have a slightly different angle on snowboarding compared to many other games. We believe in some challenge and depth to the controls, and that it should be rewarding to just land big tricks. Controls are a bit more complicated, but also offer more options, deeper gameplay and room to improve.”

He’s convinced that more indie game developers should try their hand at sports games: “I think there is absolutely room for more gameplay focused indie sport titles. The tools constantly improve which makes it possible for smaller teams to achieve a lot!”

Shredders is the spiritual successor of The Snowboard Game by Swedish developer Let It Roll. Forsmoo and his team took the core of their last game and built a more robust animation system on top: We built a complete animation system and tools from scratch in Unity, to make it more continuous between states and easy to add more features. While playing you can just go into animation mode and start modifying poses and timings at any time.”

“A lot of it is driven from a physical context and player input. And in order to make a seamless transition between states, there are very few actual animations playing, you’re pretty much always in a transition into something else, because input or the physical context changed. When combining it all it quickly ends up with hundreds of thousands of extreme poses so we reduced them by adding some procedural layers on top. There are also curves you can use to modify individual body parts resembling what you have in a keyframe setup.”

The riders are controlled with a combination of the thumbsticks and shoulder buttons. Left thumbstick controls the snowboarder and the right controls the board. Right trigger is jumping and the left is landing. A combination of shoulder buttons and the right stick make the rider perform grabs. Players can set up front- and backflips with the left stick before jumping and horizontal rotation is done with the right. Sounds a bit complicated and it requires some practice, but the result is fluid, realistic looking action.

According to Forsmoo part of getting the feeling right is to stay consistent. And this is carried through to the deepest level of computations. “Even just going straight everything is executed in a way where you can’t just modify a velocity. Instead you have to go through the extra steps of calculating accelerations and limits and how to handle the board in the current state of the physical context. It may seem like a small change, but when staying consistent to this it has a massive impact throughout the whole mathematical modeling. That and also try not to cheat physics too much. So when turning, the board has to have contact with the snow and your body has to lean in that direction. It all creates something that feels a bit more natural and believable.”

But having said all that, Shredders is not a simulation but a game. So to keep it fun, a developer sometimes has to break their own rules: “Then of course we side step this all the time where it’s just more fun and less frustrating.”

A big part of Shredders is the story mode that leads players through 40 missions that will hone and test their skills along the way. The characters are fun and goofy and serve as a great way to learn the controls and drive the player to improve. It was decided early on in development that there was going to be a story, but never this large in scale.

“The core of the game has always been the riding itself and the environments, but we wanted to give something interesting to the players while progressing through the game”, says Forsmoo. “ A lot of these action sports games have great handling, but they usually lack some kind of narrative to bind it all together. It also keeps the game interesting for a bigger audience. So we decided to put some narrative in the story pretty early, and it actually grew bigger than we originally anticipated, because it made the game feel more alive.”

Developer FoamPunch is made up of two indie developers, Let It Roll from Sweden and I-Illusions from Belgium. Forsmoo: It started with just me and Dirk van Welden (I-Illusions), and then the team started to grow. People joining the project were mostly self going and already used to working from home, so with the pandemic we were pretty prepared, but it still had some impact with face to face meeting due to traveling restrictions.