HomeInfrastructureRunning a syndicate of angel investors - lessons learned after one year

Running a syndicate of angel investors – lessons learned after one year 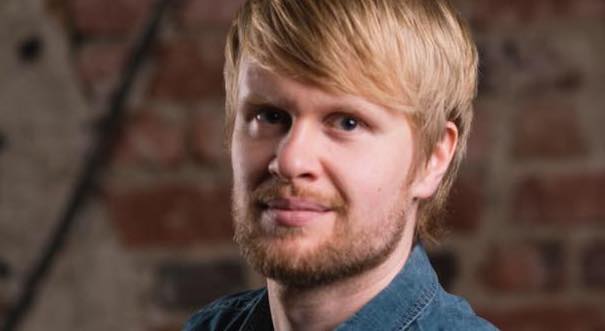 Around a year ago Joakim Achrén started his own angel syndicate, focusing on game startups. Here’s a look at how it all started and what has happened in the first year of operations.

Joakim Achrén is a game entrepreneur from Helsinki, Finland. He started his first video games company in 2005, but had to close it down six years later. After a short spell at Supercell, he founded Next Games in 2013. He left Next Games after six years to start Elite Game Developers, with the mission of helping founders build successful game companies.

Around a year ago Joakim Achrén started an angel syndicate specifically for games. This is how it works: he goes out and finds interesting investment opportunities (mostly promising start-ups or interesting game projects) and presents them to a group of associated angel investors. The syndicate then pools investments together to invest as one. As syndicate lead Achrén gets a share of the profits if an exit happens.

Because of his experience in the games sector, Achrén specifically wanted to build an angel syndicate that focused on game companies. He talked to legal experts on how to set up an SPV (Special Purpose Vehicle, or a separate company to minimize risk for the parent company) in Finland. Once he had the Finnish SPV ready, he started contacting friends and colleagues within his own network in the games industry to join his syndicate.

In early 2022, the syndicate has grown to 125 members and more are constantly joining

“The initial syndicate was about 70 people, all recruited in a few weeks. Over 90% of the syndicate investors are from the games industry. In early 2022, the syndicate has grown to 125 members, and more are constantly joining”, says Achrén. “As a member, it’s free to join, and there’s no obligation to participate in any of the deals. If anything interesting comes up, the member just contacts me and says they’re in and with how much. The minimum is $2,500.”

Achrén presents the potential deals to his syndicate on his Slack channel. He puts together a package of material consisting of the target company’s deck, his investment memo where he elaborates on why the company makes for a good investment and an interview video with the founders.

So far the Joakim Syndicate has done twelve deals, ranging from pre-seed to Series A. The allocation size ranges from $50,000 to $200,000. In almost all cases, a leading VC firm set the terms of the round. Regarding the terms for the syndicate investors, as lead Achrén gets a 20% carry. Meaning that if there is an exit, he’d get 20% of everyone’s profit after returning the initially invested amount. The carry is actually very similar to how VCs profit from exits.

After the investment is done, Achrén stays actively involved in the companies he helps. “I focus heavily on becoming a great value-add investor for gaming founders”, he says. I put a lot of emphasis on helping founders by mentoring and coaching, giving product feedback, and allowing them to utilize my gaming network. Founders can share updates with the syndicate investors and ask for help, but it’s always an ‘opt-in’ kind of relationship for both parties.”

But not all has been smooth sailing. Some founders have declined an investment from the syndicate at the last moment. They were worried about sharing their deck with hundreds of people. Mainly because some founders are still employed and don’t want to leak the deck to their employers. Achrén explains how he tries to alleviate those concerns: “By watermarking the decks before sharing them with the syndicate. Plus, we’ll be using Docsend in the future to have more security over the material.

International wire transfers proved problematic when differences between countries and currencies made wires getting sent back. Also, banking fees took out big chunks of the wired amount. The logistics involved with so many international investors turned out to be quite a lot of work, since every investor has to go into a KYC process, including pictures of passports, selfies, personal details, proof of funds, and signatures.

Achrén is satisfied with the results of the first year, with an average of one deal per month. But there is still room for improvement: “I’ve recently moved over to the UK-based SPVs with a service provider, since the Finnish SPV was too rigid for setting up more than a few deals a year. I learned a lot this year and I’m convinced that everything will become easier as more deals are done and the syndicate members and I are used to the process and all the related steps.”

If you want to know more about the syndicate, contact Joakim Achrén on LinkedIn.

Eric Bartelson
Editor-in-Chief of PreMortem.Games. Veteran game journalist for over 20 years. Started out in 1999 for game magazines (yes the ones made of paper) such as PC Zone Benelux, PlayNation and GameQuest, before co-founding Dutch industry paper Control Magazine.
RELATED ARTICLES
Infrastructure