What are the many challenges facing Metaverse Interoperability? 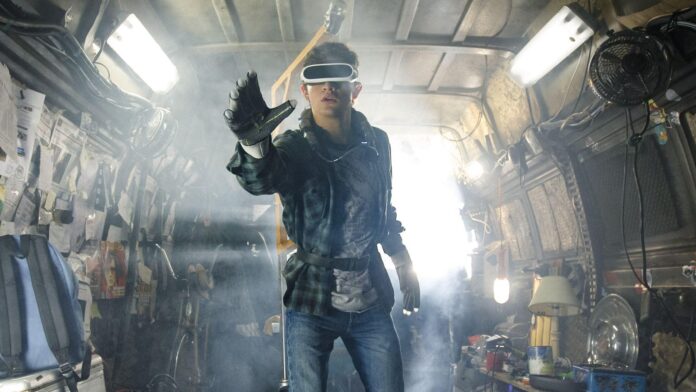 Many people see interoperability — the ability to unify economies, avatars and systems across worlds— as one of the defining properties of the metaverse. In this article Jon Radoff explores the many challenges facing interoperability.

There are three fundamental problems of interoperability:

The connectivity level deals with the ability for various devices to connect with each other. This is largely a solved problem thanks to TCP/IP, ethernet, cell network standards, HTTP for websites, etc. But I think it’s important to remember that we already have high levels of interoperability at this level, and it is one of the reasons I describe the metaverse as the next generation of the internet — not simply one kind of product inside the internet.

This domain deals with the problem of maintaining state in the metaverse. One of the most basic forms of persistence is the job of storing the state of the economy and how that relates to individual identity: who owns what? This accounting is a basic property in almost every online game: who has the Godslayer Sword?

There are two main ways this can be done:

In addition storing the state of the metaverse’s economy, the persistence layer may include other aspects like where objects are located and attributes are stored.

What does everything look like? How does it appear to the metaverse user?

We have technology standards for the technical interchange of presentation data: this is everything from JPG and PNG files for two-dimensional graphics, to various 3D mesh files and the Universal Scene Description format invented by Pixar, to obsolete formats like VRML.

The challenges of the presentation layer aren’t really around the technologies: they’re around divergent design goals pertaining to aesthetics and accessibility. Is the presentation of the world going to be something “low fi” and voxel-based like Minecraft or The Sandbox? Photorealistic like Unreal’s metahumans? Or something in between? And what if something is 2D, like Gather.town?

How something looks doesn’t tell you what something really means; but for a virtual world, this is crucial: meaning is how an object is interpreted.

The World Wide Web has had a long history of failed attempts (the “semantic web”) to create universal standards for meaning. In principle, a semantic web would be extremely powerful: you’d be able to search and compare content according to a database of agreed-upon attributes.

Wolfram Alpha does this on a walled-garden basis by working with domain experts to categories and standardize sets of information:

Wolfram Alpha’s structure is reminiscent of circa-2000 Yahoo, with a hierarchy of top-down categories you can play with. The idea of a semantic web would be to allow everyone to publish web pages that add new knowledge to the internet so that we could go from hierarchically-managed data a la Yahoo to a search engine like Google.

Sounds awesome, right? So why did the semantic web fail?

Newer technologies reduced the need for the semantic web. Better search and artificial intelligence are often doing a better job than human-curated meaning, and developed more rapidly than semantic standards.

Meaning gets even more complicated in the metaverse, because we’re usually talking about real-time activities in immersive spaces. I’ll return to this as I explore the myths and misunderstandings in greater depth: read on.

Finally, the meaning of things needs to be mapped towards behaviors that exist within a system; where presentation and meaning are the “nouns” in a world, behavior defines the “verbs” for how these actions change the world.

For example, in a game system the Godslayer Sword might be meant to be uber-powerful. But how do you assign this meaning to an actual behavior in a particular game system? There are different game systems, different worlds, and different ways of interpreting a Godslayer Sword. And the majority of games that exist won’t care about gods, swords, or slaying.

Whereas the persistence domain provides the ability to preserve the state of the economy, the actual economy rises out of all of the behaviors that happen within a world or across multiple cooperating worlds.

Internalized interoperability is the standardization of one or more of the domains (persistence, presentation, meaning, behavior) within the various experiences, sub-worlds and games that are created within a given walled-garden. Second Life was probably the first platform to do this on several domains. Roblox did this at massive scale by focusing on simplicity and accessibility (250M+ MAU).

Externalized interoperability is the standardization of certain domains across an ecosystem of cooperating products.

You can see this in cases like the Ready Player Me avatars that work in environments owned by different companies. The video below shows how these avatars can be ported into VRChat and Animaze:

The same avatar could be brought into a large number of other off-the-shelf games and environments as well.

External interoperability can happen by degrees. At one extreme, the interoperability could be “global” — for example, we already have global standards for Connectivity. At the other extreme, you could have individual worlds that don’t need to agree with others: for example, having certain meanings and behaviors that only apply only to things inside that world. In between, you could have constellations of projects that benefit by sharing certain systems: examples might include an avatar system, a market economy, or even an intellectual property that’s used as a setting.

Multi-domain interoperability is the idea that a body of interrelated standards ought to be adopted by “metaverse” companies that unite multiple domains. The most comprehensive version of this would require that experiences in the metaverse agree upon the same connectivity, persistence, presentation, semantics, and behaviors.

Targeted interoperability is the idea that one of these domains — or even just a subdomain — ought to be the target of an effort for interoperability. For example, you could have standards for the presentation of avatars that have nothing to do with standards for persisting the ownership of property in the metaverse.

Another is the assumption that external interoperability must be global for it to be useful. For example: a belief that unless absolutely everyone uses the same avatar system then it isn’t useful.

These myths and misunderstandings exist across the spectrum of metaverse idealists to metaverse cynics.

In Part 2 of this series, Radoff will explore examples of these myths and misunderstandings — from both ends of this spectrum. He’ll be talking about specifics like NFTs, avatars, development tools and virtual world spaces— and how some of these systems are already affecting developers and consumers.

Jon Radoff
Jon is an entrepreneur focused on the intersection of the Internet, entertainment and technology. He cofounded NovaLink, an online game publisher that created Legends of Future Past, one of the first Internet games. In 1997, Jon founded Eprise, the creator of a content management system that was a forerunner of modern blog and wiki technology. At Eprise, he raised venture capital, established product strategy and recruited a management team that succeeded in taking Eprise into Fortune 500 customers, culminating in a public offering on NASDAQ in 2000. In 2006, Jon started GamerDNA, a venture-capital funded social media company that built products driven by real-time gamer behavior. GamerDNA’s advertising product reached over 10 million unique users per month and counted top-tier game publishers including Blizzard/Activision, Electronic Arts, Namco and Turbine amongst its customers. GamerDNA was acquired by Live Gamer.
RELATED ARTICLES
Future tech