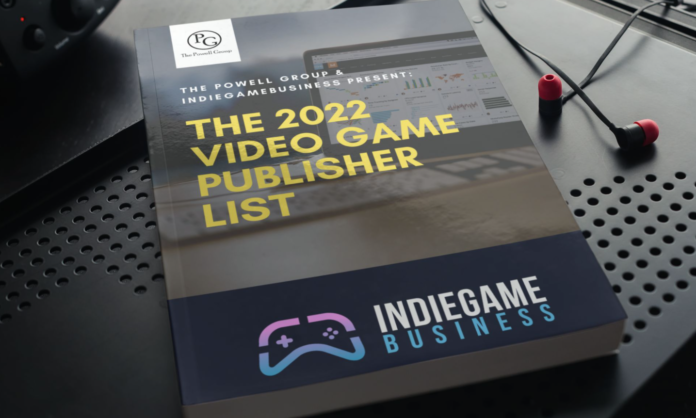 IndieGameBusiness has just released its updated directory with over 650 video game publishers. The best thing about it? Besides the fact that it has 650 game publishers in alphabetical order with links and the platforms they primarily release on? It’s free! Get your digital copy here.

Game consultant Jay Powell is the driving force behind IndieGameBusiness. The game publishers directory is a way to give developers the tools to make their games successful and profitable. Powell: “Developers often don’t know how many options they have. They will send their game to 10 or 20 publishers and feel like they hit everyone. We wanted to create something simple to let them understand just how many options are out there. We can’t expect developers to be able to make games their full time job if they don’t have all the information.”

Experts in the industry

According to Powell there’s still a lot to gain for indie game developers: “I’ve been on the business end of games for nearly 25 years at this point and I still see the same issues. No one bothers to teach developers about the business side of the industry. So apart from weighing their options when it comes to the available publishers in the market we try to give them a realistic understanding of deal terms and partnerships. But also give advice on building their communities and marketing their games early. All through affordable access to experts in the industry via conferences, AMA’s, and mentoring.”

IndieGameBusiness was founded in early 2018 based on the idea of bringing conference level lectures and presentations to developers around the world while keeping the costs down. “We hosted our first digital conference in early 2019, added podcasts in late 2019, and we’ve been growing the program ever since”, says Powell. “We’ve got more plans than we have funding and bandwidth. We’re going to continue hosting our virtual conferences. Plus we want to add more e-learning solutions for developers as well as grow our monthly live sessions that we host on the Discord.”