How to attract, promote and retain more women in tech 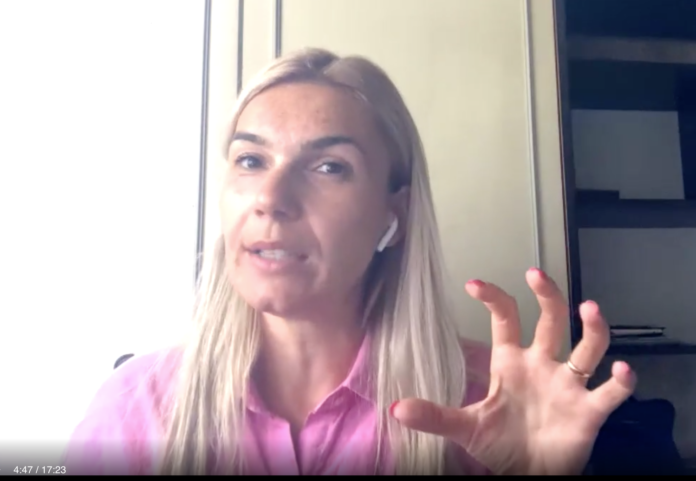 Only 28 percent of the total workforce in tech worldwide is female. That number gets even lower when you are looking higher up the corporate or academic ladder. During her devcom talk Dr. ing. Mira Vasic explains what companies can do to get more women involved in tech jobs. Because companies with a more gender diverse workforce tend to be more productive.

When Mira Vasic began working as a civil engineer she quickly wondered where all of her fellow female students went after University. During her studies the ratio of male/female students was roughly 50 percent, but when she started working that number changed dramatically. Now only 28 percent of the total workforce worldwide in tech is female. That number is even lower in game development.

That discrepancy can’t be attributed to the old misconception that ‘girls don’t like games’, because more than half of all game players in the world are female. “There’s this huge gap between the people that create games and the ones that are playing them. So why don’t we see more female programmers? Why are there so few women in higher positions in tech companies?” asked Vasic in her talk How to attract, promote and retain more women in tech.

It’s not just because Vasic believes that the world would be a better place if women would have more influence on it, research shows that companies with a more gender diverse workforce tend to be more productive and subsequently make more profit.

So how can you attract more tech women to your game company? According to Vasic we need a basic understanding of why someone chooses to pursue a career in tech. Research and interviews with women in tech over the last 30 years show that women choose a career in tech for different reasons than men. They want to bring positive change both to the world and their own lives. Men on the other hand think more of their own career path and try to be the best in their chosen field.

Since most of the tech companies are founded and run by men, the attitude and language is predominantly that of men. So when tech companies search for talent they need to take into account that women tend to look for more personal things. “For example, instead of ‘you’ll be working in a world class team’ try to talk about the mission and ideas behind the company and its leaders. Not in a corporate slogan way, but on a personal level”, says Vasic.

When you talk about promoting women in tech jobs, you again will have to look at the way men and women generally differ. According to Vasic men usually have no problem in promoting their achievements, where women tend to be more modest and share the credits with others. Furthermore there is a general difference between men ‘who put out the fire’ and women ‘who prevent the fire’. Finally people with a more ‘femine-style’ of working like transparency in the decision making process. While people with a more masculine style of working tend to do business through their personal informal network. When you acknowledge these differences you can make the accomplishments of women in tech more visible.

“If you want more women in tech, have more women”, says Vasic. In a lot of companies or teams there is only one woman present. They are called ‘the only’ in scientific literature. These people are more prone to (sexual) harassment or (micro) aggression and therefore more likely to leave a company because of that. Vasic: “So in order to retain women working in tech, make sure that at least 25 percent of a team, department or company consists of women. And make sure that there is more than just the one woman. Preferably 3 or more. Make sure there’s a healthy balance in the group.”