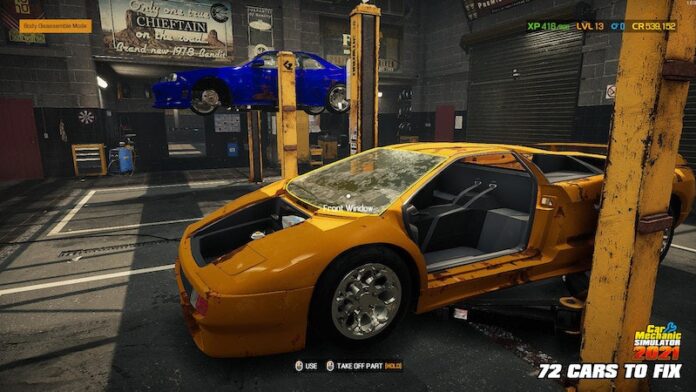 Imagine – if you will – that these four Teletubbies represent different times of the year. Bobo is Spring, Fla-loo is Summer, Montoo is Fall, and Tipsy is Winter*. Which Teletubby should you be embracing to get the best discovery results for your game? (*I totally made these names up. This whole paragraph is silly. Sorry.)

‘any time of year that’s not during a big Steam sale’.

We’ve previously talked about the best time of day to release games, concluding that on Steam, “most games launched between 6am and 10am West Coast time”. Although releasing even earlier in the day – if you’re based in Europe – can be even better for getting Chinese sales on release day.

But we never really talked about which week and month it’s best to debut in to get noticed. And there’s a contrarian, over-simplistic answer on this, and then a more nuanced answer. Starting with the over-simplistic answer, which was actually one I gave in the GameDiscoverCo Plus-exclusive Discord a few days ago:

“My general comment is ‘any time of year that’s not during a big Steam sale’. (And maybe it gets super crowded between the November and December Steam sales, because people want to get their game out before the end of the year.) Otherwise i think it’s more about the fan base you built up, rather than the exact time of year.”

So the Internet is largely ‘time of year-agnostic’, unlike the retail era, where many boxed games were bought in time to be given to kids at Christmas. In the digital age, you don’t really want to debut at a time where the Steam front page has been majorly rearranged for a Summer or Winter sale. You will partially lose visibility boosts you would otherwise have access to (like ‘Popular New’, etc.)

But the more nuanced answer is: will the streamers you are targeting be distracted by hundreds of free, limited-time demos being mailed to them? If you think so, you might not want to launch your game in the first few days of a Steam NextFest.

And you might be worried about debuting the same week as a massive game like Cyberpunk 2077. (Above is the GameDiscoverCo Hype chart for the week of its Steam debut in 2020, something I called ‘the Cyberpunk avoidance zone’ at the time. Only two games with more than 1,000 Steam followers opted to come out that week!)

We haven’t even talked about release timing across multiple platforms. This can be complicated, because debuting console versions a long time after PC gives you issues around how to re-ignite interest in a title – there aren’t many Xbox or Switch-specific streamers.

Overall, GameDiscoverCo’s conclusion? Worry somewhat, but leading indicators of fan interest and overall game quality are far more important. Quirky psychological horror RPG OMORI launched on Xmas Day in 2020 (!?!), and has almost 17,000 Steam reviews – high hundreds of thousands of sales. If it can do that, anything is possible.

This website uses cookies to improve your experience while you navigate through the website. Out of these, the cookies that are categorized as necessary are stored on your browser as they are essential for the working of basic functionalities of the website. We also use third-party cookies that help us analyze and understand how you use this website. These cookies will be stored in your browser only with your consent. You also have the option to opt-out of these cookies. But opting out of some of these cookies may affect your browsing experience.
Necessary Always Enabled

Performance cookies are used to understand and analyze the key performance indexes of the website which helps in delivering a better user experience for the visitors.

Analytical cookies are used to understand how visitors interact with the website. These cookies help provide information on metrics the number of visitors, bounce rate, traffic source, etc.

Advertisement cookies are used to provide visitors with relevant ads and marketing campaigns. These cookies track visitors across websites and collect information to provide customized ads.

Other uncategorized cookies are those that are being analyzed and have not been classified into a category as yet.