SCHiM is the best thing to come out from the shadows 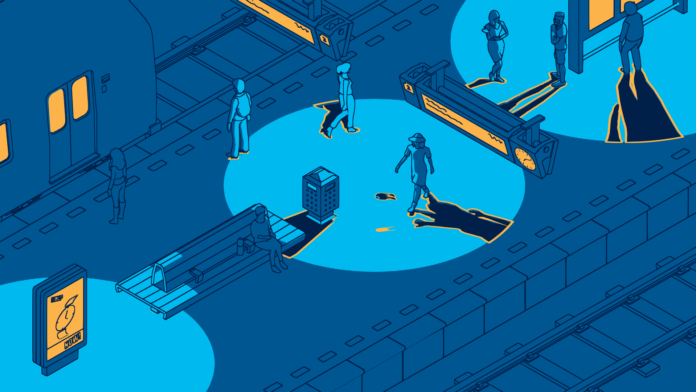 One of the most interesting games coming out next year is SCHiM from Dutch indie developer Ewoud van der Werf. The game is both visually striking and conceptually original. In the game the player controls a SCHiM, or shadow, that is disconnected from its human being. By using shadows of other objects and creatures, the player navigates the levels in order to reconnect with their shadowless person.

First thing you notice is the clean look of the world. The levels are set in cities that have a very specific Dutch feel to them. We see people on bicycles, bridges that span the famous Dutch canals and the architecture of buildings ooze a lowlands vibe. That’s very much intentional according to the game’s creator Ewoud van der Werf. “Everyone who creates anything, works from their personal experience and reference”, he says.

“I realized that every time I created something that felt Dutch, it somehow felt more real and alive. That feeling was confirmed by people testing early levels and really loving the Dutch elements. We got this feedback from both people from the Netherlands and those from other countries. So I decided to lean into it more and make it a core ingredient of the game.”

SCHiM is a game that plays out in the shadows. It was imperative that there is a clear distinction between the light (no go areas) and dark (safe traversal) zones. Resulting in a unique, almost European style comic book look. “I knew I wanted to make a game about shadows with a minimal art style”, says Van der Werf. “This visual style was easier to produce in the earlier stages of development, but as the project evolved I began adding more detail to it.”

He explains how he creates the levels: “We decide the placement of objects first with a blockout, using primitive shapes as shadows. We don’t know what objects to use yet but the player should be able to reach the corners of the different areas of the map. Later we decide what objects are in. Larger objects usually don’t cast a shadow, this would make the game too easy.”

The levels set in the cities burst with life. Cars, buses and cyclists go about their business, while pedestrians hurry along on the pavement. There are kids playing in the streets and joggers in the park. And there is wildlife too. A mother duck and her ducklings try to cross the street, while around the corner a cat is getting ready to snatch one away from her. There are many small scenes like that playing out around town. You often have to engage with them to progress through the levels.

Getting the objects in the level and all the interactive bits right requires a lot of testing. “When we design levels we thoroughly look at different perspectives. For example, an object might make a lot of sense to be placed somewhere but if it opens up a path that makes the level confusing or too easy it breaks the flow”, says Van der Werf. “It’s a lot of balancing these different elements. In SCHiM, decoration and the route a player can follow are so interconnected that it’s a lot of tweaking and testing to get it to feel right, look right and be believable.”

Van der Werf does most of the work on SCHiM by himself: “I find it important to keep the game close to how I envision it. This means that I do all of the programming and shaders but also the design and most of the assets myself.” He does however allow some outside help with certain parts of the game. “A lot of the level designs are made by Nils Slijkerman from publisher Extra Nice and the audio is produced by Moonsailor. They recently released an EP for the game.

SCHiM will release somewhere next year but is already on a lot of people’s radar after the showing in the Wholesome Direct and Day of the Devs last month. Van der Werf is happy with the support the game has had online. “It’s an amazing feeling to have people that are excited to play your game!”