Market Map of the Metaverse 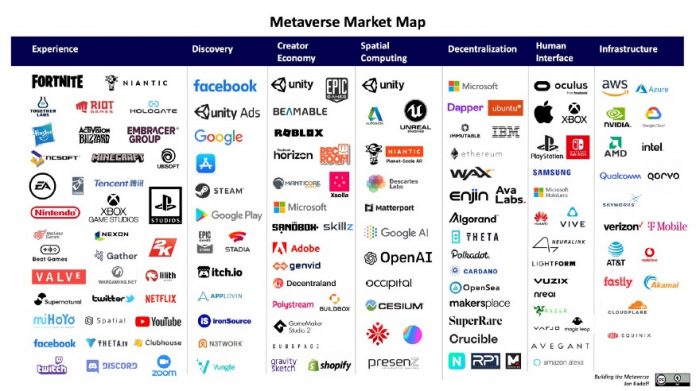 Three of the most important metaverse companies — Unity, Epic Games and Roblox — and their commonalities and differences.

The top image shows where these companies overall sit within the market. A brief recap of what each of these layers represent:

For the purpose of clarity, I had to make some judgments about where to place certain companies and products: there are smaller or “hobby” scale projects across virtually all of the categories, and I didn’t attempt to recognize absolutely everything — but I think this is where most of the significant companies are located. For very large companies, I recognized that they have sub-brands that could be recognized in multiple categories. If you think I missed anything, I’d be happy to hear your input for a future update!

Now, back to the three large platforms that we’ll be differentiating: Unity, Epic Games and Roblox. It is important to realize that each of these companies has gotten so large that it has significant efforts across multiple layers of the metaverse onion.

The core of Unity is their 3D development platform, a fully-integrated 3D engine and design studio for game developers, AR/VR/XR and metaverse experiences. It supports a large ecosystem of plug-ins and assets available through their Asset Store.

Unity generates a substantial portion of its revenue through the Unity Ads network — one of the big-three video ad networks along with Facebook and Google.

Epic just raised another $1B in private capital and the list of categories they exist in is impressive:

Roblox is often the most misunderstood of these three companies because they are sometimes called a “game.” But Roblox itself is not a game; it is a platform containing a multitude of games.

The similarity between these companies is that each provides a way for creators to make experiences and games for the metaverse. How they monetize and enable creators varies substantially.

One of the big distinctions is sources of revenue: Unity gets an enormous amount of revenue from their ad network, which surpasses the license revenue they receive for their development platform. Epic gets massive revenue from their own games, such as Fortnite — and also collects a revenue share from other products that build on their engine; and Roblox gets most of their revenue from sales of Robux, which they split with their creators.

Both Epic and Roblox have a significant social ecosystem that wraps-around their stores and experiences. Unity has left the social and gameplay experiences to their own customers.

Each company has enormous value to mine from the metaverse over the next several years. How they build beyond that will depend on how they continue to build upon the successes of their products, expand into adjacent domains, and continue to support the creator economy. 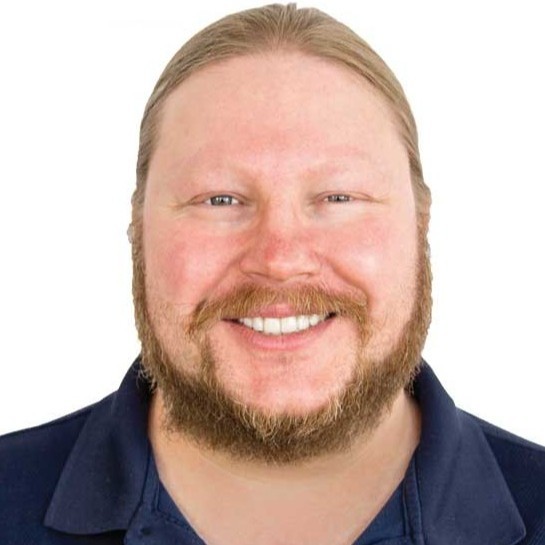 Jon Radoff
Jon is an entrepreneur focused on the intersection of the Internet, entertainment and technology. He cofounded NovaLink, an online game publisher that created Legends of Future Past, one of the first Internet games. In 1997, Jon founded Eprise, the creator of a content management system that was a forerunner of modern blog and wiki technology. At Eprise, he raised venture capital, established product strategy and recruited a management team that succeeded in taking Eprise into Fortune 500 customers, culminating in a public offering on NASDAQ in 2000. In 2006, Jon started GamerDNA, a venture-capital funded social media company that built products driven by real-time gamer behavior. GamerDNA’s advertising product reached over 10 million unique users per month and counted top-tier game publishers including Blizzard/Activision, Electronic Arts, Namco and Turbine amongst its customers. GamerDNA was acquired by Live Gamer.
RELATED ARTICLES
Most wanted